StepSetGo (SSG), India’s fastest-growing fitness application is the second most engaging app in the free app category only after Aarogya Setu as per data presented by SimilarWeb. With more than 5.9 Million registered users, SSG leads the health and fitness app category across various metrics like Daily Active Users (450,000+), Monthly Active Users (1.54 million+), Daily Sessions per User and Time Spent.

Fitness apps which included home workouts experienced a boom in the COVID-19 era. SSG which focuses mainly on walking still leads in terms of day to day engagement as compared to its compatriots. Users spend an average of 12 minutes on the application spread across nearly 5 sessions per day.

When compared to other apps on the Indian Play Store, SSG’s domination is not just limited to the Indian fitness apps. Even in comparison with international fitness apps with more than 50 Million downloads worldwide; SSG still boasts the highest Daily Active Users, Monthly Active Users, & Daily Session per user – before and during the lockdown. In sessions per user, SSG has similar numbers compared to the social media giant Twitter.

Moreover, SSG has been able to successfully capture not just Tier 1 but Tier 2 and Tier 3 cities with users walking in 2,352 cities out of 4000 cities in India. It is interesting to note that if the SSG User base was a city, it would be 3rd most populated city, right after Mumbai and Delhi.

Speaking about the high performance through the lockdown, Shivjeet Ghatge, CEO & Co-Founder, StepSetGo, said, “It is overwhelming to witness our efforts paying off throughout these trying times. More than 95% of StepSetGo’s users have been organically acquired and we continue to add more every single day. SSG has come a long way in a short period and the vision to motivate people to stay fit is finally becoming a reality. As an app designed to count steps with an added incentive to walk outdoors, we needed to keep our users engaged during the lockdown. We adapted our features to grant extra benefits to our users to stay active and safe inside their houses. The fact that we are seeing more than 2,50,000 unique users participating in our challenges shows that we got the formula right. Our approach going forward is to make fitness a holistic experience for the users and stay connected through their fitness journey.”

The unique concept of tracking steps and getting rewarded has made fitness fun and has taken India by storm. Its popularity has grown across different segments and age brackets. SSG is more than just a fitness platform; it’s a fitness community. People across demographics have taken to the idea of competing with their friends & families and generally being socially connected when it comes to fitness, through SSG. Users can redeem their coins in the in-app Bazaar, which has brand partners like Xiaomi, Bajaj, Bewakoof, Puma, and upGrad, which has made it even more attractive for the users. Users have claimed everything from high-value items like motorcycles, iPhones, and PS4s to smaller value items like headphones and T-shirts with nothing but SSG coins.

SSG instills amongst its users the motivation needed to make fitness a daily habit. The data by SimilarWeb endorsing highest engagement numbers on SSG confirms the fact that it has made a difference in the user’s general fitness levels before and post the lockdown, by keeping them active and interested.

StepSetGo is a fitness rewarding platform that believes in providing additional motivation to its users for leading a healthier life. The app takes into consideration the number of steps one has walked over the day and rewards users with SSG coins that can be redeemed in the Bazaar (in-app marketplace). With almost 6 million downloads, SSG is one of the market leaders in the fitness space. The app has collaborated with leading brands like Bajaj Avenger, Xiaomi, Boat, Skechers, Puma, and Decathlon among others to reward its users and encourage them to stay healthy.

Arshya Khullar :The most important thing is to be happy! And that’s my destination

Top 5 Music Apps To Tune Your Running And Workout 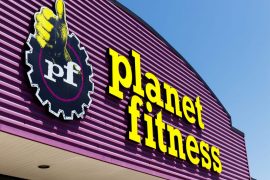 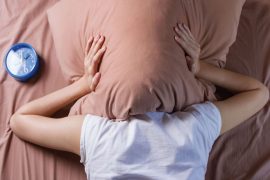