Neither averse to the idea nor party to it right now, the Sports Ministry has sought a detailed proposal from the central government about its plans to privatize premium sports infrastructure like the iconic Jawharlal lal Nehru Stadium here.

As part of its plan to monetize land and assets for meeting the highest ever divestment target of Rs.1.05 trillion, the government has plans to thrown open Indian Railways heritage routes and stadia, including the JLN, for private sector investments.

A top ministry official told PTI, “Yes, one of the members of Niti Ayog has mooted the idea during a recent meeting but our stand remains clear, we want the stadiums to be utilized only for the country’s elite sportspersons.”

Besides JLN, the government has suggested that two more stedia- the Indira Gandhi Sports Complex and Karnail Singh Stadium- be put under the Public-Private Partnership model.

The JLN is a multi-purpose facility which has hosted the athletics events of the 2010 commonwealth games besides matches of the 2017 under-17 football world cup.

The IGI is an indoor facility which has hosted international and national events for boxing and wrestling. The Karnail Singh stadium is a venue for Ranji Trophy cricket matches and is the home ground for the Railway team.

The official said that the sports ministry wants to have a clear idea about the government’s plan on how the stadiums will be utilized once private players enter the scene.

“We have sought a detailed proposal from the Niti Ayog on how the infrastructure will be utilized under the PP model. We arRae neither against the idea nor agreeing to it for now as we want the stadiums to be utilized only for elite sports.” He added.

The official further said that the Sports Ministry is not going to compromise the interest of the athletes in this regard.

“The IGI stadium has the only world-class cycling velodrome in the country where elite sportsperson can train. The interest of our athletes comes first.” He added.

The official said a final decision on this matter will only be taken after examining the proposal.

“let them give us a proposal first, we will elaborately study it and see what is in the interest of our athletes. We won’t take any decision which is against the country’s sportspersons.” He said.

He revealed that to rounds of meetings in this regard are already over but no new dates for further discussions have been set aside as of now.

An Entrepreneur thrusts to infuse Sports culture in India 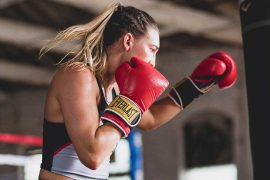 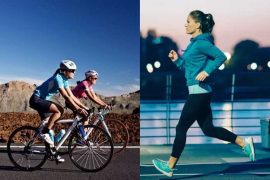