The chief revenue officer of Sony Pictures Sports, Rajesh Kaul said, ‘The Ashes and India tour of West Indies are both marquee cricket series and we definitely have sponsor interest for both the properties. There are regular Indian cricket advertisers as well as international advertisers who are interested in using these series as a platform to communicate and advertise.”

Kaul also opined that, “It is no secret that cricket is a religion in the country and the respect and admiration towards the sports ensures that there will always advertisers interest during any marquee cricket event like The Ashes and India tour of West Indies. Both these cricket series have been enjoyed by fans for yeas together and we expect this year to be no different.”

Sony Pictures Sports Network has launched a #MoreCricket campaign for the both the events, “The campaign #MoreCricket drives inspiration from every Indians’ insatiable appetite for cricket. The on-air promo for the campaign captures the sentiments of every Indian this monsoon, as the top cricket teams and players in the world in two exciting series will feature on Sony Pictures Sports Network. The 40-second film derives a similarity between an Indian cricket fan and a peacock, as both are going to have a thrilling moonson this year. The campaign has a television, radio, print and digital and social media rollout.”

He concluded, “As a global multi-sport arena, we are leaving no stone unturned the bets content to audiences across India. Through key initiatives like regional language feeds, second screen engagements, associations and tie-ups we have increased outreach to the masses for various marquee properties in 2019 and will be doing the same in the future as well.” 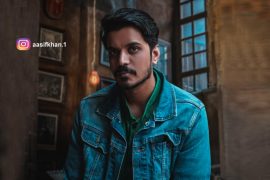