Standford University, Cannan Partners, SVB Capitals, Battery Ventures and the former chairman of US Invests Alibaba group, Michael Zeisser also have stakes in the company. Smith and Honda will assist the current management advisor, Chris Bosh, former player from NBA, in creative and commercial effort. Silicon Valley Bank has been named their official banking partner. The appointment of Martin Kim as the Vice President of Strategic Partners has been revealed by the company as part of their announcement.

The announcement came on the heel of a breakthrough year in which Gen.G won the World Championships in Heroes of the Storm and PUBG, launched an all-female Fortnite team featuring Tina Ferez and Madison Mann, introduced high-profile streamer Kristen Valnicek as head of Gaming Initiatives.

The Chief Operating Officer, Arnold Hur at Gen.G said in his statement, “This is an incredible step for Gen.G and the vision we have for the organization. With the support of our investors, we’re excited to bring several priorities to fruition including out LA headquarters, our continued expansion in China, our always evolving player development academy program and a big priority for us in 2020, which is hosting dynasty matches in Seoul. There is a lot of work to be done and we are very proud to have these investors on our team.” 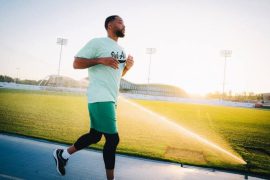 Fitbit Ropes in Actor Will Smith for new fitness series