Brands now have different taste altogether. Gone are the days when Brands prefer to invest in the single-most favoured sport that is ‘Cricket’. 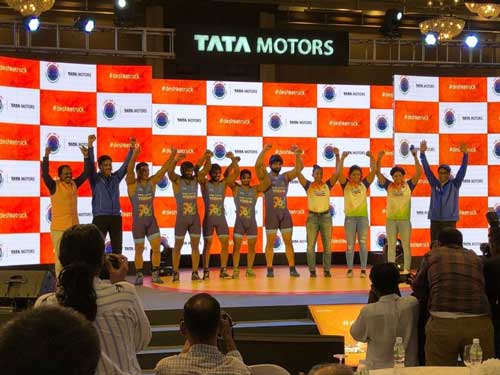 With the institutions of an array of several sports leagues in the last couple of years, a wide section of corporate has moved their attention to the isolated parts of some secluded sports.

Asian games present a perfect example of one of such phenomenon changes in the world of sponsorship. The official uniform of the athletes can be seen bombarded with multiple brand sections ranging from FMCG biggie Amul to Fashion retailer Raymond and Financial Services Company Edelweiss.

India has sent off 800 plus contingent including 572 athletes to the ongoing Asian Games.

In addition to Asian games, n-number of past events also witnessed brands coming forth to sponsor non-cricket fixtures. The cab aggregator major, OLA has come up in partnership with JSW Sports institute announcing its nationwide crowdfunding campaign #RoadtoGold in order to nurture grassroots young sporting talent. In the campaign, the cab-hailing app asked daily customers to contribute rupees 1 per ride across the 110 cities it covers nationwide. The fund collected under which will be used for the training and coaching of the young athletes.

Erstwhile, Tata Motors has announced a holistic three-year partnership with the Wrestling Federation of India as its ‘Principal Sponsor’. The Tata motors ad WFI partnership s meant to be the biggest non-cricket association in the country which will encourage and promote the sport of wrestling in the country, starting with the ongoing Asian Games to Olympics.

Talking about the idea behind the sponsorship, UT Ramprasad, Head – Marketing and Brand Communications, Commercial Vehicle Business Unit, Tata Motors, said, “Our target group customers have a predominantly rural/semi-urban profile and wrestling is a popular rural sport. So it blends perfectly with the rich heritage, longevity, durability and robust performance of our commercial vehicles which are accepted by our customers in India as well as global markets.”

The financial services company, Edelweiss Group, inked a long-term partnership with the Indian Olympics Association, earlier this year. Under the partnership, Edelweiss will carry the sponsorship of the Indian contingent for all tournaments including National Games 2019-20, Commonwealth Games 2018, Tokyo Olympic Games 2020 and of course Asian Games 2018.

“It is encouraging for the sports ecosystem that more brands are extending their support towards non-cricketing properties. This is clearly an indication that the success of Indian athletes at the international level has been noticed and more people are beginning to explore opportunities to associate with these stories of grit and determination,” he said.

“The expansion of brand portfolio for sporting properties is also an indication of how the country is transitioning away from being a single-sport nation. I believe that the connection with sports beyond cricket will help brands connect with a more diverse demography,” added Ghouse.

There is an apparent reason for such a phenomenon of corporate brands associating with the non-cricket events is that excellent performance of athletes internationally and sheer consumption of non-cricketing products in the market. A lot more to see in the near future, as India has indeed has shown the real “athletic” nature of its young Turks.

Gone are the days, when parents used to be reluctant in sending their kids to play, as now they encourage them to do well in sports also. As who knows, what young talent their kids possess which can be polished to bring a ‘GOLD’ to the nation an make them to feel proud. 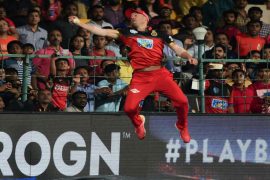