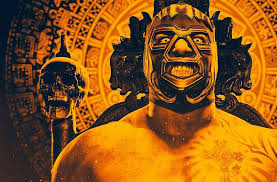 According to the press release form the company end, DSport will show all the three seasons of Lucha Underground, a toll of 98 episodes across 3 seasons every Friday night 8pm.

“We are working towards creating a bouquet of wrestling properties on DSport. Lucha Underground is a significant addition to ‘Ring of Honour’ and helps us offer a wholesome experience to the Wrestling fans in India. We are also targeting to develop a specific time-slot on DSPORT for the Wrestling fans,” says Karan Bajaj, Sr. Vice President and General Manager, South Asia, Discovery Communications India.

Lucha underground is originated from a Mexican Libre style of popular wrestling. Each week, a new episode will show some acrobatic fights featuring famous Lucha fighters across the world like Luchadores Fenix, Sexy Star, Pentagon Jr., Drago, and the legendary Blue Demon Jr.

DSport will broadcast all live SAAF Action in India