The construction of Tokyo National Stadium is 90% done. This is the stadium which will be venue of Tokyo Olympic 2020. New agency Associate Press reports more.

Till now, 1.25 billion dollars have been spent for the stadium. The stadium would be showcased to the press on Wednesday. Located at Central Tokyo, the opening ceremony of the game is supposed to take place at the new-built arena.

The stadium will also be the venue for track, field and some soccer.

Organizers say they are planning events in December to inaugurate the new stadium, which was designed by Japanese architect Kengo Kuma.

The new stadium design was first awarded to British architect Zaha Hadid who built the futuristic Al Wakrah stadium for Fifa World Cup 2022 Qatar , but eventually the futuristic design was scrapped by the government as the cost soared toward 2 billion dollars.

Organizers say about 45,000 of the 60,000 permanent seats have been installed, and the grass surface should be done by the end of the month. In August and September, the all-weather track will be installed.

Organizing summer Olympics gets a little extravagant every time. All the diverse range of sports requires elaborate and swanky stadiums. The local authority sometimes gets overwhelmed with all the extra costs that come with the game. Tokyo is spending at least 20 billion dollars, 70% of which is taxpayers’ money. 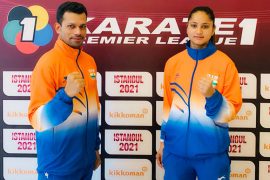 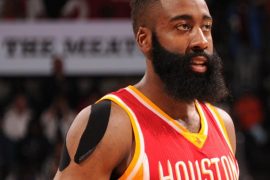 How Effective are KT Tapes in Sports Injuries