PV Sindhu brings a whole of lot to cheer for on Sunday to Indian fans. At the world championship in Switzerland, she defeated Japan’s Nozomi Okuhara 21-7, 21-7 becoming the first Indian to win the coveted title.

Prime minister Narendra Modi and Bollywood megastar Amitabh Bachchan were among those who praised her historic achievement.

PV Sindhu earned a silver medal at the 2016 Olympic Games in Rio, and another at the Asian Games two years later.

Congratulatory messages were over-flown the Twitter celebrating her victory.

Congratulations to her for winning the Gold at the BWF World Championships. The passion and dedication with which she’s pursued badminton is inspiring.

Congratulations @Pvsindhu1 for winning the BWF World Championship. This is a proud moment for the entire country.

Your magic on the court, hardwork and perseverance enthralls and inspires millions. Best wishes World Champion for all your future battles #PresidentKovind

T 3269 – PV Sindhu .. !! Champion of the World , Badminton .. such an incredibly proud moment for INDIA .. just so honoured to have spent sometime with you at KBC ..

YOU PERSEVERED AND NEVER GAVE UP ! THAT IS THE SPIRIT OF INDIA AND OF CHAMPIONS SUCH AS YOURSELF

In a traditionally cricket-dominated country, Sindhu has come a long way as a badminton player.

On Sunday, Sindhu was dominating the match in Basel and won the first game in just 16 minutes. Sindhu lost two consecutive finals of the championship in 2017 and 2018, but earned the gold on Sunday with a mix of brute power, patience and strategy. 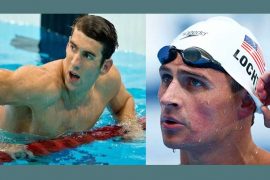