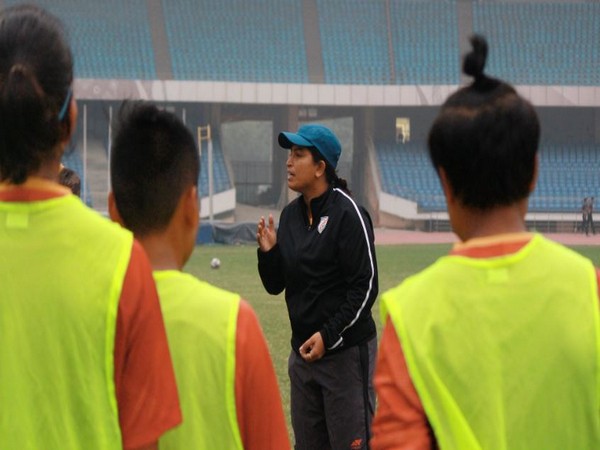 India recently played against Vietnam in a friendly match, which saw a 1-1 draw. The South Asian Games 2019 will take place in Kathmandu, Nepal from December 1 to 10.

Rocky said she wants to give as many opportunities as possible to youngsters.

“There are a number of new players in the camp and in these 10 days, I am looking forward to seeing them play and compete with the others for a place in the final squad. From the start, our aim has been to give as many opportunities as possible to youngsters. The confidence in the team is high after the Vietnam draw and we are looking to carry it forward to Nepal now,” All India Football Federation’s (AIFF) official website Rocky as saying.

India won the gold medal in the 2016 edition and will enter in the coming session as defending champions. Despite expressing confidence, Rocky said she is not underestimating any team.

“We are confident of putting in a strong performance this time. However, we are not underestimating any team and will go step by step. Bangladesh and Nepal are good teams as well but we will go all-out and put our best foot forward,” she said.

The 30 players who have been called up for the training camp are: