The discipline of sports plays a very crucial role in the mental and physical growth of a student. This is the reason; several states and national boards have made it mandatory to have an active playground before affiliating them with primary and upper primary schools designation.

At the time, when Indian athletes are making Indian sides proud with their tremendous performance abroad  Indian schools and colleges administration are also taking much needed effort  to sharpen the talents of their athletic students. Besides, the government has also been offering many sports centered facilities in which athletes’ student are being facilitated with a multiple of allowances and scholarship.

In order to transform India as a sports loving country to a sports playing country, the government has been conferring and felicitating top performing athletes across several disciplines of sports including cricket, badminton, football and other Commonwealth and Olympics games.

We have tried to bring forth some of the leading National awards in sports:

The National Sports Award was started to felicitate athletes across several disciplines for their commendable performance on field. In order to boost up their morale and confidence, the Indian government confers the national award to the athletes.

Rajiv Gandhi Khel Ratna award is presented by the Ministry of Youth Affairs and Sports to the players for their extraordinary performance in sports in India.

It was until 2004, the recipient of the national award were given a cash prize of Rupees 5 lakh which was later increased to  rupees 7.5 lakh in the year 2005 which has been continuing till the date. As per the norms, along with the sum, the recipient gets a Medal of citation along with the prize sum.

It was India’s ace chess wizard Vishwanath Anand to be awarded by this coveted national sports award for the first time in 1991-92.

Later, Karnam Malleswari became the first woman to get the Rajiv Gandhi Khel Rata for weightlifting in the year 1995-96.

Here’s the full list of winners of Rajiv Gandhi Khel Ratna Awards along with their disciplines, who have received this award since 1991:

One of the oldest national sports awards in India, Arjuna Award has been operational since 1961. The national sports award which is conferred by the Ministry of Youth Affairs and Sports, recognized extraordinary performance for four years in national and international games including Olympics, Asian Games, and CommonWealth Games.

The Word ‘Arjuna’ has been inspired from an epic archer of Indian Mythology of Mahabharat. As in the prize sum money, the chosen athletes are given a bronze statue of Arjuna and a scroll along with five lakh rupees cash prize.

Emerging as the first woman to get Arjuna Award, Meena Shah a badminton player got the prize in 1962.

There has been a long list of the recipients winning this award since 1961.

As the name suggest, Dronacharya award is conferred to all those coaches and sports mentors who have carved out jewels out of dirt. As it is universally accepted fact, that behind every successful athlete, there is always a priceless contribution of a teacher and mentor.

In order to felicitate those sports gurus and teachers, Indian Government decided to give away the “Dronacharya Award” in 1985 which is named after a famous teacher who had trained Pandavas in Indian Mythology.

Usually given to the sports gurus and teachers who have trained an award winning athletes for the country, the Dronacharya Award features a ceremonial dress and a certificate along with a cash prize of five Lakh rupees.

Here is the list of coaches who has gotten such a coveted national sports award:

Named after gem of Indian Hockey of golden era, Major Dhyanchand, The Ministry of Youth Affairs and Sports of the Indian government has officially announced Dhyan chand Award for lifetime Achievement in sports and games. The national sports award is considered to be the highest award for lifetime achievement in the field of sports. Major Dhayanchand, after whom the award has been named, was a great hockey player who had brought golden era to Indian Hockey across the world. He had scored more than 1000 goals in his career of 20 years.

The national sports award is being given to all those athletes who have contributed a lot to the Indian sports both during their active playing session and post retirement.  The recipients of the award are given a cash sum of five lakhs along with a medal and certificate.

The Union Ministry of Youth affairs and Sports have revised the scheme of Rashtriya Khel Protsahan Puruskar which was initially introduced in order to encourage involvement of corporate and sports promotion board in the development of sports in country.  According to the scheme, the government will recognise categories including Identification and nurturing of budding talent, Encouragement of sports through Corporate Social Responsibility (CSR), Employment of sportsperson and sports welfare measures and Sports for Development.

India-UK Sports Alliance to propel trade between India and UK

DAZN and Nike will make women’s world cup content together 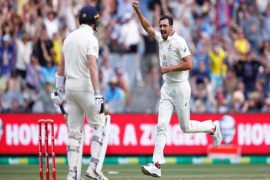