Organizers have presented the newest budget estimation for Los Angles Olympic 2028.  The latest budget will cost 6.9 billion. This is the third time in three year the budget has been increased. It is 700 million more than the previous calculation.

The organizers are promising a stunning spectacle and grandeur in exchange for this huge sum. They are expecting the revenue returned from the game will outdo the expense.

Committee Chairman, Casey Wasserman said, “We didn’t change the plan and we didn’t change the delivery of the plan. Our intent was to make sure there were no surprises. Our budget is privately funded, realistic and fiscally conservative.”

While estimating the possible budget, the inflation of coming years was taken into account. There are other cities which are bearing the cost of organizing Olympic. Ticket selling and sponsorship are the two sources Olympic committee is expecting the money to return from.

Los Angles has previously organized in 1932 and 1984. The Californian city was initially bidding against Paris for 2024 Olympics. In a surprising turn of events, Los Angles won it for 2028 in 2017 unexpectedly.

The game committed emphasized that it won’t need any new infrastructural boost to host the game. A senior bid official said, “Given that we are not building anything new in order to host the game, it makes our expenses a lot easier to estimate at this point in this time.” 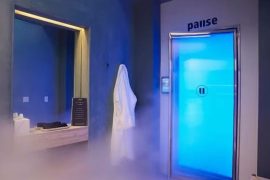