Donald Glover, the creator of ‘This is America’ presented his joint endeavor ‘Donald Glover Presents’ with Adidas. In this new venture, he tinkers with three Adidas iconic style, Nizza, Continental 80, and Lacombe. On 18th April, he released a series of short films featuring award-winning actress and comedian Mo’nique presenting his thoughts and ideas behind the new shoe line. The videos are executed with the typical Gambino style, his stage name which tells the story of personal journey and narrative. The films are written by Sam Jay and Jamal Olori.

Donald Glover said in a statement from Adidas, “Rich is a concept. With this project, I wanted to encourage people to think about how their stories can be told on their feet. Value isn’t quantified by what you wear, rather experiences from them.” The essence of the video lies in the message, worn-out sneakers can speak volume of human emotions. Adidas was intrigued by Glover’s capabilities to surpass genres and uniquely tell a story. The aesthetic aspect of Glover’s new line is built on the foundation of Adidas classic design. “Between Glover’s artistic vision and our expertise, we will continue to evolve and look forward to where that takes us”, told the German sports apparel giant in their official release.From 26th of April, all three products will be available globally. They are priced at the range of $80-100. 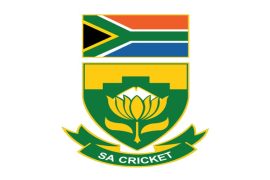 Ind Vs SA match put behind Closed doors at Centurion.