One of the largest sports governing bodies in the world, World Kickboxing Network(WKN) has offered support to the soon-to-launched Kumite 1 League.

“World Kickboxing Network in its last 25 years of existence has strived to promote and popularize all forms of kickboxing in the world. India is a key market for us and we are happy to partner with Kumite 1 League which is unique unto itself and a first for MMA in India. On behalf of the WKN, I wish the Kumite 1 League all the best and look forward to being present on what promises to be a one of a kind fight night.” says Stephane Cabrera, President, WKN. 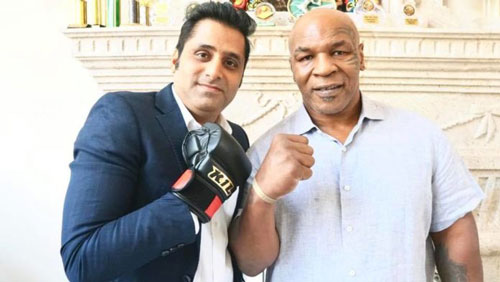 The league is promoted by Toyam industries and aided by All India Martial Arts federation(AIMMAF).

In the upcoming Kumite 1 league, four WKN fighters will take part and in different weight categories:

Mohamedali Budhwani, Founder, Kumite 1 League said, “Kumite 1 League is honored to operate in partnership with a prestigious body like World Kickboxing Network, which is known to have promoted the sport in a large scale across the globe. This is a reiteration of our commitment towards bringing hardcore MMA to India. Kumite 1 League has also tied up with the All Indian Mixed Martial Arts Federation (AIMMAF) in India. We see an immense potential for MMA to flourish in a market like India which has a rich history of martial arts. We are thrilled for the big Fight Night on 29th September where raw Indian talent will get to share a platform with the best international fighters in MMA.”

The first Fight Night of Kumite 1 League will witness team India go against UAE in a nail-biting bout. The event will be honoured by international boxing sensation Mike Tyson at the NSCI Dome in Worli, Mumbai.

Proskate Pvt. Limited launches a new Skate in the market

Chris Gayle in talks with Poker’s promotion in India