The athletes are forced to stay away from sports amenities due to the lockdown imposed by the widespread of the pandemic COVID-19. To motivate and encourage players’ dull routine, Maharashtra’s directorate of sports and youth services organized a virtual national level athletics fitness championship.

The virtual National Athletics Fitness championship turned out to be an excellent initiative as 2,500 participants from across the country competed in the virtual championship. Since it was an open championship, athletes, schoolchildren, and various people from other professions took part.

“Government of India has originated the Fit India Movement and after that from August 15 till October 2, the Fit India Freedom run was conducted. Both of these movements were based on the enthusiasm of the people.

To encourage and support the movement, we chose to come out with an idea of energizing, a virtual national level athletics fitness championship,” said Omprakash Bakoria, commissioner of sports, Maharashtra.

The top three winners in boys’ and girls’ categories earned cash reward while the rest of the participants were given certificates.

Among girls, national-level gymnast Shraddha Talekar from Raigad secured the top position while among boys, Shiv Yadav, a fitness coach from Satara, claimed the first position.

“As no sports activity is currently being organized, and even schools are closed, the action was to join athletes by taking virtual fitness activities’ sessions. We had given three types of demo exercise videos, and all the contestants had to do these exercises for 10 minutes each and upload the video,” explained Bakoria.

The event was started on August 29 which was National Sports Day, and it was concluded on September 30. It was together conducted by the directorate of sports Maharashtra in collaboration with Xtraliving Pvt Ltd. 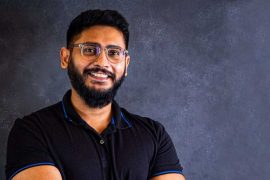 Ananth Prabhala of Aquatein Introducing Protein Water, one of a kind in India 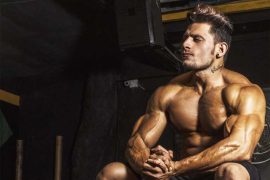 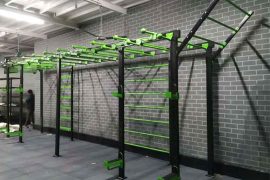 TECHFIT FOSTERS ‘Make In India’ Initiative With Its Gym Equipment