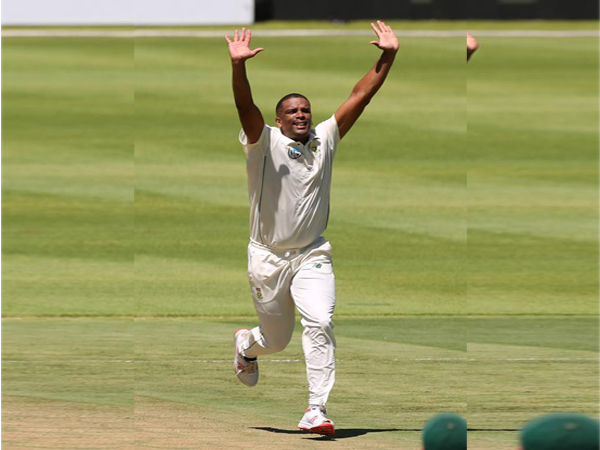 Centurion [South Africa], Dec 28 : South Africa pacer Vernon Philander has confirmed that he will be representing Somerset in the County Championship next year.

His remarks came after the close of play on day two of the first Test between South Africa and England.

“Everyone knows that. We are going to go on a year-by-year basis and see how we go,” sport24.co.za quoted Philander as saying.

On the second day of the Test, Philander returned with bowling figures of 4-16 as England was bowled out for 181 in the first innings, giving the Proteas a lead of 103 runs.

With this move, Philander will be joining former South Africa all-rounder Roelof van der Merwe in the Somerset squad.

On the second day of the ongoing Test, South Africa ended at 72/4, with a lead of 175 runs over England.

Rassie van der Dussen and Anrich Nortje are still at the crease for the Proteas.