American women footballers are not only dominating the chart, they are also creating new record off-the field amidst ongoing Fifa World cup in France. The CEO of Nike, Mark Parker said on the company’s earning call this week, “The US Women’s jersey is now the No.1 soccer jersey, men’s and women’s, ever sold on Nike.com in one season.”

US women footballers are experiencing a significant time. Nike is their official jersey sponsor. Nike has also top-flight clubs and great footballing nations like Brazil, FC Barcelona, Chelsea FC, Juventus and Manchester United under its wings. However, US football team has managed to beat the likes of Brazil and Barcelona (men’s team) in the number of jerseys they have sold.

The US team beat the host the host earlier this week to secure their place in semi-finals of the tournament. They are a favorite this year. The England team aka the Lionesses are also expected to give a tough fight. Both the teams are going to have a face-off in the first semi-final of Women’s world cup on Wednesday at the Parc Olympique Lyonnais, the home to the most successful women’s football club in Europe, lyon. 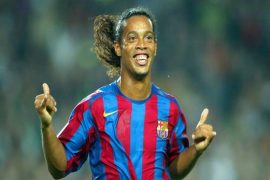