Women scorers are not a new concept in cricketing segments abroad but in our country its a novel approach. In the final test beginning today, two woman scorers will be doing the jobs for the first time in indian cricket circuit. There has always been a speculation of women participation in the gaming circuit and in the same pursuit BCCI, apex cricketing authority has inducted two woman scorers, namely Kshama Sane and Sushma Sawant. Both have passed a settling test given by BCCI itself and are selected for the job in a proper go through.

Kshama, 45, hails from suburban Nahur and passed the BCCI Women’s special batch scoring exam in 2010 and since then she is scoring in IPL and Ranji Trophy games.She has scored for plenty senior and junior games for the last eleven years and is one of the leading scorers in the Mumbai Cricket Association (MCA).

“Perhaps for the first time it is happening that two women scorers are there for a Test match”, a senior Mumbai Cricket Association scorer told PTI. 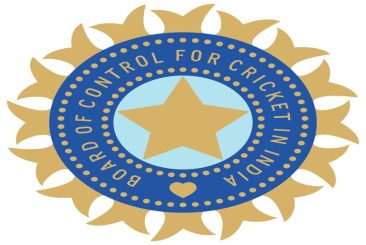 Kshama has played U-15 in 1990s and also two good class cricket matches in her career and then did away from the game. Later on she sat for umpiring course, she secured and then left it too.

In 2006, she passed the MCA scorer exam. She had earlier worked in three companies but left her job in 2018 to pursue a full-fledged career scoring. On my personal front, I’m the only child of my parents. My mother was the one who was keen on getting me into cricket from a young age of 11 years.

“I used to go for practice at Mrs Surekha Bhandare’s coaching club from age 11 to 15. My mother worked for the Maharashtra government and father is a musician, who plays drums, Kshama told PTI over phone.

50 year old Sushma has been a long drawn woman scorer in the games of Indian women brigade since 2013 after passing the scoring test in 2010.

Sushma’s husband is a former local cricketer and she took to scoring as a hobby. She worked as an accountant in the Hindustan Apparel Industry and after she left the job, she took a one year gap before working as a full time scorer.

“I enjoy cricket and I am excited for it and for the first time I am doing a Test match. Women have a lot of scope in scoring, an elated Sushma told PTI.

Anju Bobby George Honoured with Woman Of the Year Award