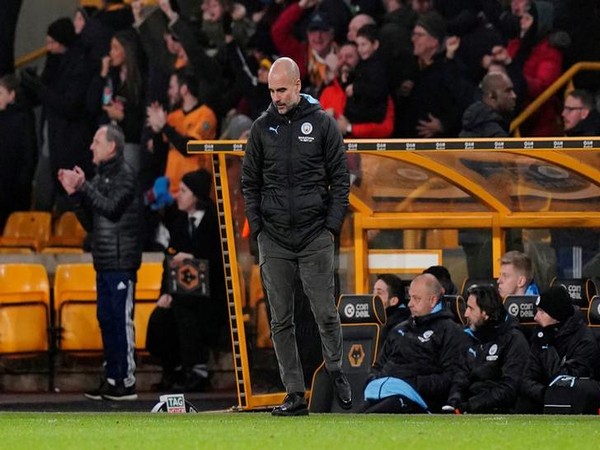 Leeds [UK], Dec 29 : Manchester City coach Pep Guardiola has lashed out at the Premier League for the scheduling of matches and went on to say that the organisers do not really care about the well being of the players.

The tournament has been drawing criticism from several coaches for the scheduling of matches during the festive season. Several sides have to play two games within a span of 48 hours, and this previously has been criticised by coaches of Liverpool (Jurgen Klopp) and Tottenham Hotspur (Jose Mourinho).

“I do not have any confidence about that. They don’t care. In the first season, it was the same, we played at Anfield and two days later with Burnley at home. My words are not going to change anything, Jose Mourinho and Jurgen Klopp have said the same. Every season is the same, TV decides and we have to adapt,” Goal.com quoted Guardiola as saying.

City ended up losing their match against Wolves 3-2 on the Boxing Day and this loss, resulted in the side falling 14-points behind the table-toppers Liverpool.

“The club has made incredible steps with different managers and players and have sustained that. In 10 years they have won four Premier Leagues which isn’t bad. We were incredible for two seasons and in this competition, we have lost more in the league than in the previous two seasons. You have to analyse and move forward,” he added.

The side currently has 38 points from 19 matches and they will next face Sheffield United later today.

Tim Paine does a ‘Dhoni’ to effect lightning-fast stumping