It is irony that even after 70 years of Indian Independence, India has not hosted Olympic games till date. In order to break the jinx, a state run enterprise has proposed to build new sports facility near to the upcoming Jewar International airport, making India  apt to host Olympic Games.

As per TOI report, there has been a blue print submitted to the UP government to develop a city in the next 12-15 years. It said the huge land parcels available with the government and private players in and around Jewar could be an Ideal location for a Greenfield city.

Erstwhile, India had hosted the Commonwealth Games In 2010, which was one of the Major international sporting events that India has hosted in recent times.

Indian Olympic association has said earlier this year that they will bid for the 2026 Youth Olympic games, the 2030 Asian Games and the 2032 Olympics.

The proposed city lies about 60 km from the Upcoming Dedicated Freight Corridor, which is being developed as a golden quadrilateral connecting Delhi, Mumbai, Chennai and Kolkata. The Yamuna River lying nearby to the proposed city, can be developed for water sports. Moreover, having Taj Mahal in the proximity will be an added advantage.

A central government official state to TOI, since work for the airport has started; it’s the right time to start planning for the new city. The location is ideal considering it has connectivity to the six-lane Yamuna Expressway and the Eastern Peripheral Expressway. Jewar airport will be the biggest draw, which will push development activity including hotels and other facilities.”

The proposal of the city includes improvising the existing sports and allied infrastructure available in the vicinity of the city.

For instance, The Greater Noida Sport Complex has a cricket stadium that can accommodate one Lakh spectators, a 12-lane bowling alley, a tennis complex including basketball and Volleyball courts. It also has a football ground and a 400 meter running track

Once the city get planned, it will be generating employment not only in construction but also in several other sectors. 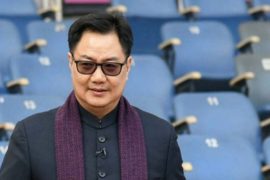