Real Madrid managed to seal a deal to remodel its home ground, Bernabeu with a loan of $650.6 m from J.P Morgan and Bank of America. CaixaBank will be an agent in this transaction. The construction will begin from the end of this season and it is expected to be completed by 2023. The development will not increase its present arena capacity which is 81,000 . After the completion, the liga club will start paying back at a fixed 2.5% interest rate through to 2049.

The President of Real Madrid, Florentino Perez said in a statement, “This great project will become a key piece for Real Madrid of the future and also for the city of Madrid.” After the remodeling, Real Madrid is expecting a boost in the revenue. This revenue will be used to pay back the loan. To stay in the increasingly competitive international football setting, reconstruction of the home ground was much needed. The president unpacked the steps to make a swanky ground featured with state-of-the-art technology. “shortly after the first moves will begin  that will also serve to improve the entire urban environment, with a large square on the Castellana more than 20,000 square meters and another of 5,500 square on the corner of Patre Damian”, he explained. A retractable roof will be installed and the entire stadium will covered by a titanium façade.

Real Madrid’s rival, Barcelona is also flexing their infrastructural muscle. They are planning to rebuild, Nau Camp, their home stadium which will increase their arena capacity from 99,000 to 105,000 and is expected to be finished by 2023/2024. 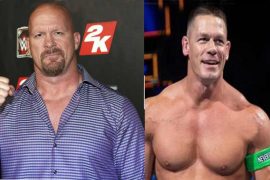