RajKummar Rao is nowhere behind when it comes to fitness and health. Rajkummar Rao can be seen training hard to maintain his physique for his upcoming project. In his recent post, he shared his picture of flaunting his fully toned up body.

He can be seen wearing a dark maroon colored vest combined with black half pants and sports shoes. He can be seen standing near gym equipment.

A few weeks back, he flaunted his back body on Instagram that indicated he is following his fitness routine and working hard for his upcoming movie.

On his professional front, RajKummar Rao is working on his upcoming short film ‘Uss Din.’ Apart from this, he has been working on Ashok’s forthcoming characters from the movie The White Tiger, Netflix film, and Ravi from Roohi Afzana.

He has not yet cleared on which character he is working hard to get in shape. However, his recent movies Ludo and Chhalaang, bagged him huge appreciations from his fans.

Are You Training Your Biceps Hard Enough? Know Why It’s Important Today 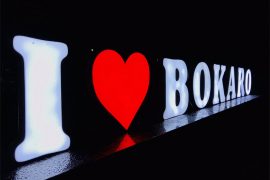 Bokaro Will Be Soon Gifted Sports Centre To Promote Fitness 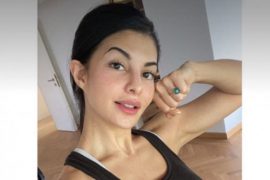