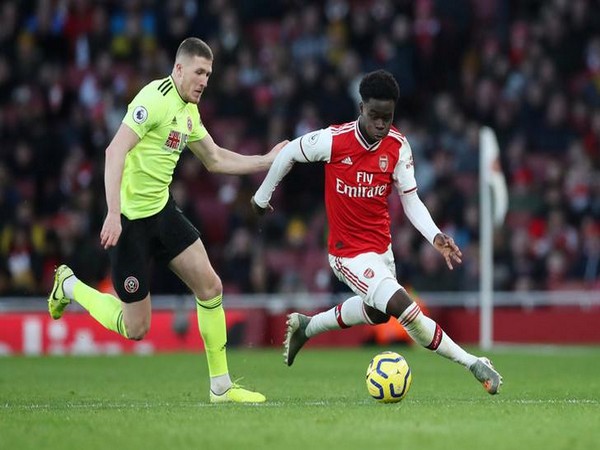 London [UK], Jan 18 : Arsenal and Sheffield United played out a 1-1 draw on Saturday in the ongoing Premier League at Emirates Stadium here.

The Gunners drew the first blood as in just before the half time in 45th minute as Gabriel Martinelli scored through a deflected cross. Mikel Arteta’s side went for the interval with a lead of 1-0 over the visitors.

With the start of the second half, the hosts continued to dominate the game as they enjoyed most of the possession in the game.

Sheffield United’s Oli McBurnie missed the opportunity to score as failed to put the power behind the header and it went it the hands of the goalkeeper.

In the last minutes of the game, the visitors gave a blow to Arsenal as John Fleck scored the equalizer in the 83rd minute of the game, taking the scoreline to 1-1.

The Gunners will lock horns with Chelsea on January 22 and Sheffield United will clash with Manchester City on January 22.