The University of Nebraska at Omaha and NRG Media have extended the agreement that makes NRG’s 1180 the Zone 2 the Mavericks’ flagship station. The station will carry all Mavericks’ hockey and men’s and women’s basketball games.

NRG also owns 1620 the Zone in Omaha, which features Gary Sharp in morning drive. Sharp is the voice of Mavericks basketball. “We’re proud to continue our partnership with UNO Athletics,” he said in a press release. “This is an exciting time to be involved with the Mavericks, and we are looking forward to delivering quality programming for the fans.”

Both stations, along with sister station News Talk 1290 KOIL, will also carry The Mavericks Minute. It is a one minute update on the latest happenings in the school’s athletics department.

Donny Baarns was also introduced as the new voice of Mavericks hockey in the press release. He takes over for Dave Ahlers, who will give up the play-by-play role after 10 years to take over as the school’s Associate Athletics Director for Communications.

Nike adventure club, a subscription service for kids from Nike is here 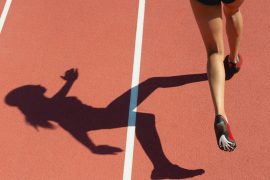