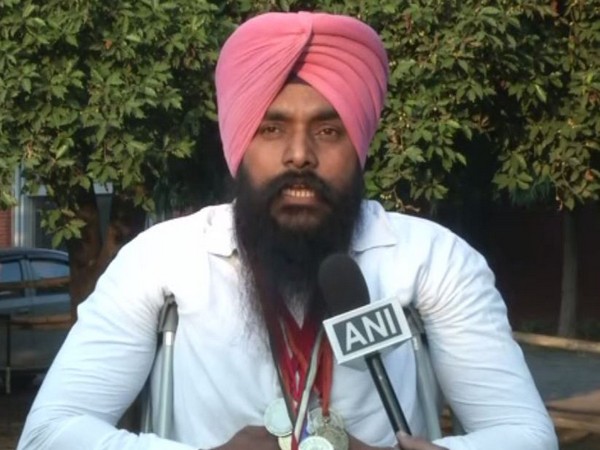 Ludhiana (Punjab) [India], Dec 3 : Citing the lack of facilities, differently-abled shooter Kour Singh on Tuesday said that he would have brought laurels for the country in Olympics had he got proper support and opportunities.

His remarks came on the ‘International Day of Disabled Persons’.

“No one except my father helped me, I learned shooting in a local camp organised in my village. I won the gold medal in that particular competition, ” Singh told ANI.

“I got encouraged after winning the medal, but no government or an official ever helped me. I never got financial support, I had to use Indian made pistol which was so bad that you cannot compete at national level leave about state competitions,” he continued.

“I took money from my friend for local tournaments. I still want to win an Olympic medal for India and I want that government should support me,” he added.

Singh has won medals in local events, national and state tournaments in the air rifle shooting category. The Kila Raipur village in which the shooter lives is famous as the ‘Mini Olympics’.

“I had skills, if officials would have helped me with a good pistol, I would have made it through to the Olympics,” said Singh.

“I have never shown my medals to anyone, and now the color has also faded,” he added.