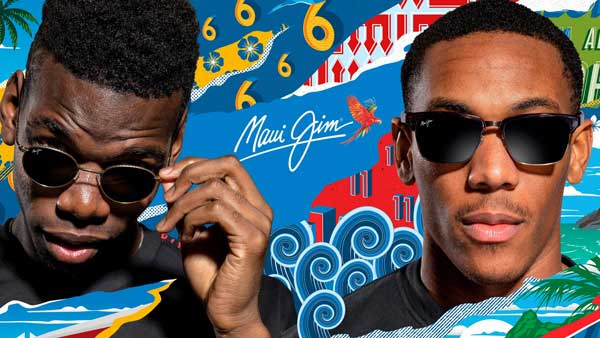 As a part of the deal, the sun glass brand Maui Jim will supply glasses from their sun and optical range to the Manchester United first team, academy and women’s sides which will be available in the Old Trafford Megastore by the 26th February.

With the collaboration, the Premier Club is also activating by launching  co-branded eye-wear collection in the later part of the year.

“Maui Jim is a revolutionary global eye-wear brand that is one of the largest and most innovative producers of sunglasses in the world,” said United’s group managing director, Richard Arnold.

“Our partnership with them demonstrates the club’s ability to attract the world’s most premium brands.”

Maui Jim’s vice president of global marketing, Jay Black, added: “For us, it is an honour to partner with one of the world’s most successful sports teams, within the world’s most popular sport.

“This collaboration gives us the chance to spread our ‘Aloha Spirit’ and communicate the importance of wearing high quality technical eye-wear.”

On the field, interim manager Ole Gunnar Solskjaer suffered his first major setback since taking over in December as his side suffered a 2-0 home defeat at the hands of Paris Saint-Germain in their Champions League last 16 clash.

Formula One banks on CAA-GBG to augment fan engagement