Kellogg Company is teaming up with the iconic MGM studio to bring fans a new way to experience their favourite breakfast. The creepy, kooky and mysteriously spooky Addams Family is joining your breakfast table and beyond with “The Addams Family 2”-inspired cereals and snacks and in-pack giveaways of the first animated Addams Family movie. The move has been made ahead of the theatrical release of MGM’s highly anticipated animated sequel “The Addams Family 2”.

The limited-edition spooky cereals Kellogg’s Froot Loops, Kellogg’s Chocolate Frosted Flakes and Kellogg’s Apple Jacks are each transformed for Halloween with marshmallow-shaped monsters, ghosts and bats that intermingle with your favourite breakfast cereals. Plus, beloved Addams Family characters, including Wednesday, It and Lurch, make a special box appearance alongside Toucan Sam, Tony the Tiger and more.

According to the website Laura Newman, senior marketing director of Kellogg All Family Cereal said, “A timeless Halloween classic, ‘The Addams Family’ has brought families and friends together for years. This collaboration enables families to bring the oddly lovable Addams Family spirit home with our spooky cereals, trick-or-treat-ready snacks and a free download of the first animated Addams Family movie within specially marked boxes.”

For even more Addams Family fun, boxes of Kellogg cereal, snacks and more are marked with a download notice offering a free digital download of the first animated Addams Family movie. To redeem, fans can review the terms and conditions and upload a copy of their receipt to Kellogg’s Family Rewards at KFR.com/AddamsFamily2.

Stephen Bruno, chief marketing officer of MGM said, “A fan-favourite for decades, ‘The Addams Family’ continues to resonate with audiences of all ages across the globe. With this exciting new Kellogg collaboration, we are giving fans an entirely new way to experience everyone’s favourite macabre clan beyond this October’s movie release, whether it’s enjoying a bowl of spooky cereal or nibbling on an out-of-the-ordinary trick-or-treat snack.”

At Kellogg Company, our vision is a good and just world where people are not just fed but fulfilled. The company is creating better days and a place at the table for everyone through our trusted food brands. It consists of many beloved brands such as Pringles, Cheez-It, Special K, Kellogg’s Frosted Flakes, Pop-Tarts, Kellogg’s Corn Flakes, Rice Krispies, Eggo, Mini-Wheats, Kashi, RXBAR, MorningStar Farms and more. Its net sales in 2020 were approximately $13.8 billion, comprised principally of snacks and convenience foods like cereal, frozen foods, and noodles. As part of Kellogg’s Better Days purpose platform, the company aims to end hunger and is committed to creating Better Days for 3 billion people by the end of 2030.

Metro Goldwyn Mayer (MGM) is a leading entertainment company focused on the production and global distribution of film and television content across all platforms. The company owns one of the world’s deepest libraries of premium film and television content as well as the premium pay television network EPIX, which is available throughout the U.S. via cable, satellite, telco and digital distributors. In addition, MGM has investments in numerous other television channels, digital platforms, interactive ventures, and is producing premium short-form content for distribution. 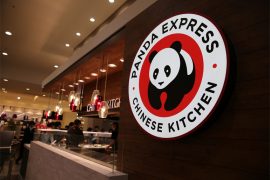 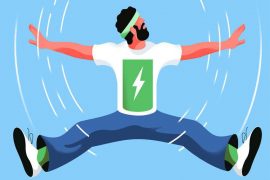 General Guide on How to Stay Physically Healthy 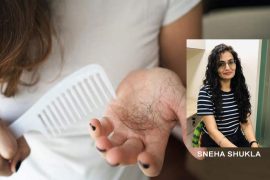