There is no doubt that Kartik Aaryan is among the most good-looking actors in the Bollywood industry. It will come as no surprise to fans that the Pyaar Ka Punchnama star puts a lot of hard work into looking the way he does. Not just his styling sense, but with the effort, he puts in doing cardio and lifting weights in the gym.

His Instagram is full of his post-workout pictures, which makes it hard not to be a fan of a lean body and toned muscles. On Tuesday, he posted a photograph on his Instagram, and captioned it, “Midnight workout. Was busy doing nothing in the day.”

He also thinks that hydration is the key to staying fit and healthy. Being a vegetarian, he concentrates on protein-rich foods to supplement his diet, and he allows time to small meals every two hours (as is suggested by his trainer) and rather than going for regular tea or coffee with milk and sugar, Sonu from Sonu ke Titu ki Sweety prefers the benefits of green tea.

Kartik and his trainer like to switch things up all the time, to not make the body settle into monotony.

As a sporty person, Kartik has never had much difficulty maintaining his fitness. He played football and table tennis during his boarding school days and carries on that idea by playing with his Bollywood friends including Ranbir Kapoor, Dino Morea, Ranveer Singh, and Arjun Kapoor. “Football is fun. It’s similar to cardio. I think fitness is a way of life. Even when he is outdoors, he makes sure to maintain his daily exercise routine,” he said in an interview.

Why Jogging Everyday Can Keep You Fit And Healthy 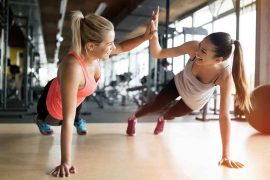 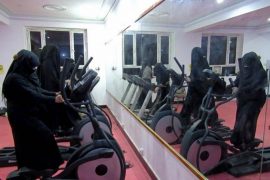 Afghanistan’s Kandahar Got Its First Gym For Women! 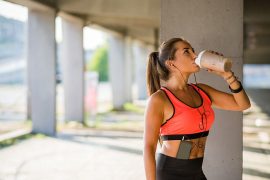