India is marking its presence in the world of sport by having some major venues available to host big matches and tournaments.

From time to time, India has been dazzling the world by hosting major events on its domestic stadiums. Some major sports tournaments recently concluded on the Indian ground include: U-17 FIFA World Cup, 2018 Men’s Hockey World Cup, and of course then there are IPL and ISL.  India cherishes to have from one of the highest extraordinary stadia taking from the highest international cricket stadium scaling an elevation of 4,110 feet to the largest stadium which has a seating capacity of around 66,000.

Sportz Business tries to enlist some of the major Indian sports grounds, known for their extraordinary facts.

The Gardens which is also known as the ‘India’s Home of Cricket’ can accommodate spectators around 66,349. The stadium stands out as one of few Indian venues where Indian National cricket team plays all the three formats viz. Test, Twenty20 and ODI. Being an asset for the state of West Bengal, Gardens is the home ground for Bengal Cricket Team and IPL Franchise cricket team- Kolkata Knight Riders.

Going back to its history, this 1864 established stadium is also remembered for some legendary innings including Sachin Tendulkar’s 199th test match and others. 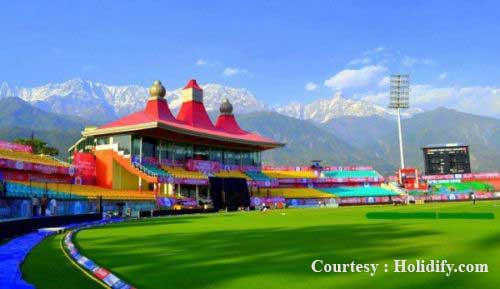 Located at a height of 1,457 meters (4780 feet) in Dharamshala, HPCA stadium presents a treat to the spectators’ eyes due to presence of Snowclad Mountain as in its backdrop. Opened in 2003, the stadium is the maiden stadium in India which has winter rye-grass around its outfield. The stadium is the home ground of IPL Franchise Kings XI Punjab and Himachal Pradesh cricket team. It has hosted several domestic matches along with International ODIs and Ranji Trophy matches. 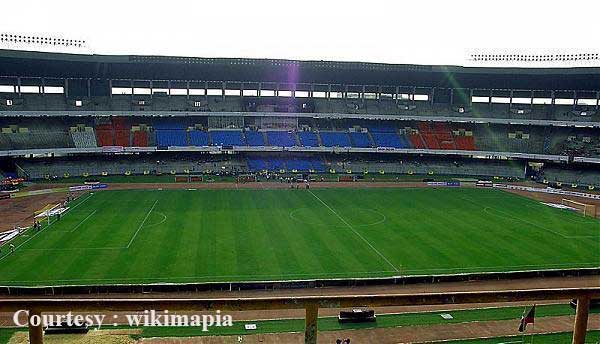 Opened in 1984, the Salt lake Stadium is a gigantic football stadium located in West-Bengal. The stadium which is also known as Vivekananda Yuba Bharati Krirangam can accommodate spectators around 85,000. Hosting some of the major international and national tournaments including 1986 FIFA World Cup Qualifications, Third South Asian Games, and 1995 Jawaharlal Nehru International Gold Cup among other, the stadium recently concluded 2017 FIFA U-17 World Cup Final. Owing to some other exciting facts of the stadium includes Oliver Kahn; German Goalkeeper has also played his last match for Bayern Munich here in Kolkata against Mohun Bagan. 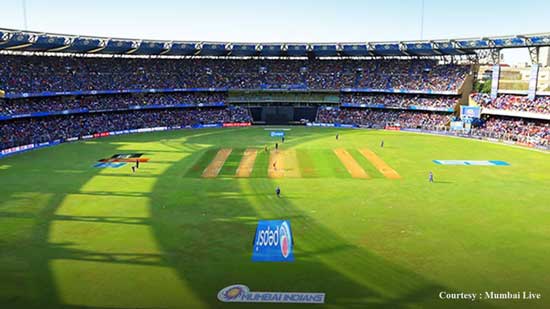 Any domestic cricket league or tournaments can’t be completed devoid of a match schedule at Wankhede Stadium. The Stadium which is located in the heart of India’s financial capital of Mumbai will always be remembered for witnessing some of the iconic cricket matches. The most iconic one was India beating Sri Lanka to win the World Cup at this Stadium. Besides, master Blaster’s last test match and Ravi Shastri’s consistent six sixes are some of the souvenir moments for the cricket stadium.

Featured by an interesting cantilever roofs for an unhindered views, the stadium can house spectators around 33,108. 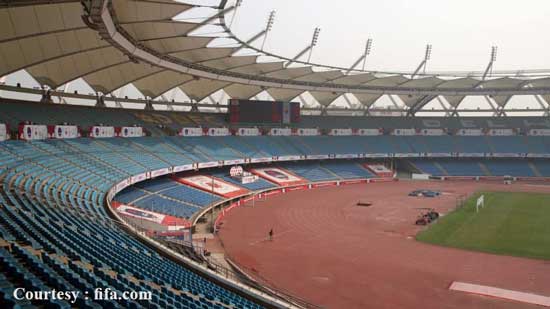 A multi-sport venue, Jawaharlal Nehru Stadium has hosted cricket, Football and other sporting events along with other entertainment events. With a name after India’s first Prime Minister, The Stadium was opened in 1983. The Delhi Based stadium is a 60,000 seated venue which has been designed and constructed to meet the international standards for stadiums set by the Asian Football Confederation (AFC), the International Federation of Association Football (FIFA) and the International Association of Athletics Federations (IAAF).

Talking about its history, the stadium has played host for major sports events includes the Asian Games of 1982, the Commonwealth Games in 2010 and South Asian games in 2013.

Use Your Home As Gym

How To Choose Artificial Grass For Schools Playground