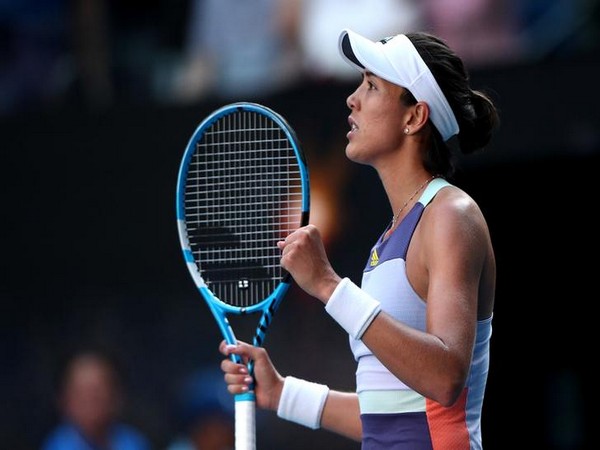 Melbourne [Australia], Jan 30 : Spanish tennis player Garbine Muguruza outclassed Simona Halep in the semifinal encounter to reach the final of the Australian Open for the first time on Thursday.

Muguruza defeated the former world number one in straight sets 7-6(8), 7-5. In the intense clash, the Spaniard had the momentum and won the first set, which ended, in tie-breaker.

In the second set, Halep tried hard to make a comeback but Muguruza came out all guns blazing to reach the summit clash.

In her first hardcourt Grand Slam final, Muguruza will attempt to win her third major title against number 14 seed Sofia Kenin of the United States.

The 21-year-old Kenin shocked the world number one Ashleigh Barty in two tight sets in the earlier semifinal to advance to her first-ever Grand Slam final. If Muguruza will win the Australian Open final she will become the first unseeded women’s player after Serena Williams in 2007 to win the title.

Later in the day, Novak Djokovic will take on Roger Federer in a semifinal at Rod Laver Arena.