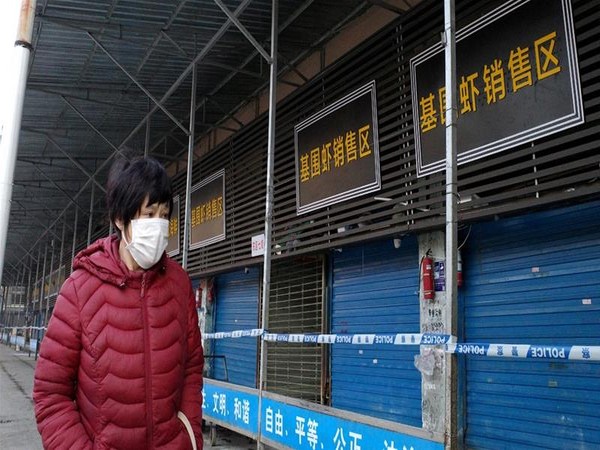 Beijing [China], Jan 30 : Amid the coronavirus outbreak in the country, the Chinese Football Association (CFA) has postponed the Chinese Super League (CSL).

The CSL was originally scheduled from February 22, with Guangzhou Evergrande looking to defend their title.

“The Chinese Football Association will continue to maintain close communication with national authorities, determine the timing of each season’s events in combination with the actual development of the epidemic situation and make reasonable adjustments to the system, schedule, and scale of some events when necessary,” the CFA statement read on Thursday.

Domestic football at all levels in China has been postponed in order to help control the spread of the virus — a SARS-like condition — which has reportedly claimed more than 130 lives.

The decision comes after the two major events scheduled to take place in the country either postponed or shifted out of China due to the health emergency.

The Tokyo 2020 boxing qualifiers were recently shifted to Jordan from Wuhan by the International Olympic Committee’s (IOC) Boxing Task Force (BTF). The World Athletics Indoor Championships in Nanjing was also postponed until next year.

On the other hand, the Chinese Women’s football team, comprising 32 members, arrived in Brisbane to participate in the Olympic Football Qualifiers Tokyo 2020 on January 29.

The purpose of the visit is to participate in the Olympic Football Qualifiers Tokyo 2020. The event is slated to be held in Sydney from February 3 to 9.

The qualifier competition, originally to be played in Wuhan on the said dates, was moved to Nanjing and then to Sydney due to the escalating situation of the coronavirus spreading rapidly across China.

Coronavirus originated in Wuhan, a Chinese city of more than 11 million people, and has since then spread to various countries around the world. As many as 170 people have died of the virus, while over 1700 cases have been registered in China alone.

Health authorities around the world are taking action to prevent a global pandemic as the virus continues to spread, with cases reported in Australia, France, the United States and several Asian countries besides China.