At the time when Indian Cricket team is moving ahead consistently winning every other league matches of the current World Cup, a well-wishing song can boost up our cricketers spirit for the auspicious series of world cup. 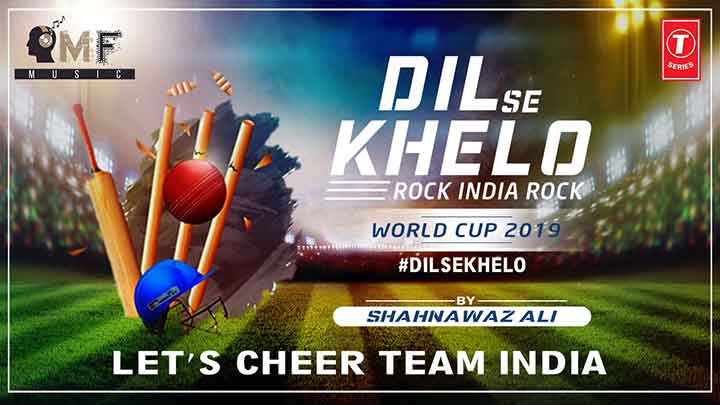 In order to boost up the Indian sentiment of playing 11 of Indian cricket team, a Mumbai based creative agency Mind frame India has released a cricket anthem known as “Dil Se Khelo“.

Working together with major Indian brands like ADITYA BIRLA, TATA, New India, the agency conceptualised the theme of the song dedicated to the Playing 11 of Indian cricket Team.

The Song is featured by all Indian cricket enthusiasts wishing best wishes for the Indian team to play well and bring this world cup trophy to India.

Following a neck to neck competition among several leading brands to release the song, agency chose to go for T Series, seeing its popularity on the digital media as well as giving value to a good content i.e. a rational song from every Indian wishing the cricketing team best of luck, it was good choice to be with T Series.

The creative agency Mind Frame India which has also successfully campaigned for the brands like ADITYA BIRLA and many more, has conceptualised this World Cup cricket song.

Shahnwaz Ali who has written, composed and sung the song and has also been signed by T Series for this peppy jingle. The film has been shot in all parts of Mumbai featuring various people who represented the culture / aesthetics / and calling this sport as a religion which binds all classes / communities and masses together and is played and enjoyed by all classes in India, the same has been creatively showcased with the help of the song visually to bring peace and harmony within all Indians during this occasion of World Cup which comes once in 4 years.

Virender Sehwag launched his own line of sports gears