Under the National Nutrition Month campaign, women and children were made aware of health and hygiene. On this occasion, Anganwadi workers went to the houses that include health centers and directed handwashing to the children and women which also adds telling them how to clean hands. On occasion, Navita Dwivedi, an activist of Purva Anganwadi Center, said that during the home tour of the nutrition month campaign, and during handwash day, every member of the family that include children, women were shown ways to wash their hands with soap. At the same time, everyone was asked that washing hands repeatedly with soap is one of the three main remedies to prevent the pandemic COVID-19.

Follow Suman-K method for washing hands.
Here’s the use of suman – k method for washing the hands of children and elders, S-straight, M-fist, A-thumb nail,  U-reverse, and K-wrist were discussed. After this, he was first taught to clean the wrist, then the opposite side of the hand, then the fist, then the thumb, then the nail, and finally then the wrist. Whereas, the chief servant Smita Devi stated that after washing the hands with the Suman k method Dry your hands in the air and not with a cloth. Also, information was provided about the importance of maintaining the house and surroundings clean. At the same time, Navita said that she told the family to wash hands repeatedly with soap and water for 40 seconds. You should wash hands before cooking, before eating, before feeding children, after washing.
Child Development Project Officer Nirupama said that on Thursday, Anganwadi activists at Allupur, Rasulpur Mujasa, Khadata, Purva, and other places created awareness among the people by celebrating handwash-day on the fourth day of the campaign. Due to the dirt going into the hands, there is a risk of diarrhea and malnutrition. Along with this, awareness was also made about applying masks and social distance to protect yourself against COVID-19 virus.
Angadwadi Workersawarenesshandwash-dayNational Nutrition Month 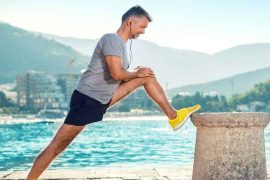 Some Measures Suggested To Keep Your Joints Healthy 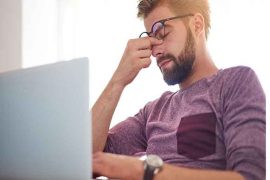 Some Of The Common Signs And Symptoms Of Stress In Individuals