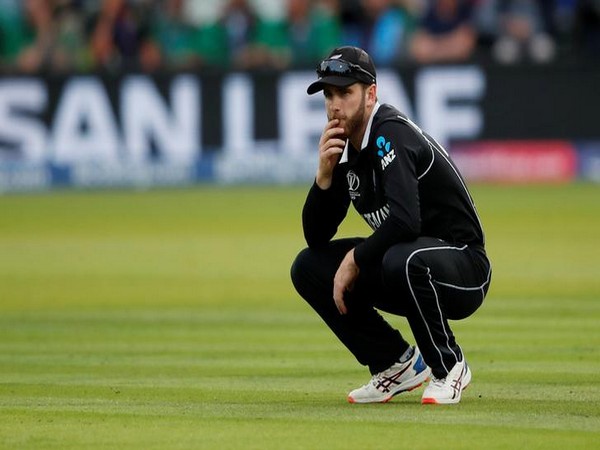 New Delhi [India], Dec 29 : While it is a fun activity for the amateurs, seasoned sportsperson spend umpteen hours of practice and give their sweat and blood, to experience the feeling of winning.

Many individual players also go to great lengths to fight the biggest of obstacles to make the team win.

However, 2019 showed that maintaining your calm, even if you feel robed is also a key part of the game. One such incident happened during the ICC Cricket World Cup final between New Zealand and England.

New Zealand had posted 241 runs on the board in the final against England at the Lords Cricket Ground, and the hosts ended up with the same score during their chase.

The match went into the super over, but that also ended up as a tie, and England was announced as the winners on the basis of the boundary-countback rule.

Before going ahead, boundary-countback, which has been now scrapped, earlier used to come in to decide the winner of finals or semi-finals, if both 50-over action and super over end up as a tie.

When New Zealand ended up as the losing side, many people thought that the team suffered a tough deal and was not deserving to lose the match. Many people on social media came up with a tagline– “Cup with England, World with New Zealand”.

Several cricketers voiced their opinion that ICC should have let both the teams share the trophy as no one deserved to lose this particular match. Boundary count-back rule was criticised left, right and centre.

However Kiwi skipper Kane Williamson chose not to cry about being in a difficult situation and rather accepted the verdict. He went on to say that rules were there before the game, so there is no point crying over it.

He accepted that the verdict was difficult to swallow, but nothing can be done, and he also congratulated England for a remarkable game.

“I never thought I would have to answer this. It’s pretty hard to swallow when two teams have worked really hard to reach this point. It’s what it is, the rules were there at the start, no one thought it would come down to this,” Williamson had said at the post-match press conference after the finals.

“It’s a pretty hard loss to swallow. The rules are there. It is something you don’t consider when you go out to play. I didn’t even know what the boundary count was, but we were behind,” he added.

“Your composure and dignity viewing the sequence of events was remarkable. Your dignified grace and silence 48 hours since is simply remarkable. We know you have one hand on that WC. You not just Kane. You Kane and Able. God bless,” Shastri had said.

Till date, Williamson is still asked how he feels after coming so close to the World Cup, and the player continues to impress with his answers.

Not once the player has chosen to criticse the ICC, and he keeps on indicating what truly was the takeaway from that particular match.

The game is piped as the greatest ODI match of all time and Williamson has always chosen to look at the story that way.

Tim Paine does a ‘Dhoni’ to effect lightning-fast stumping