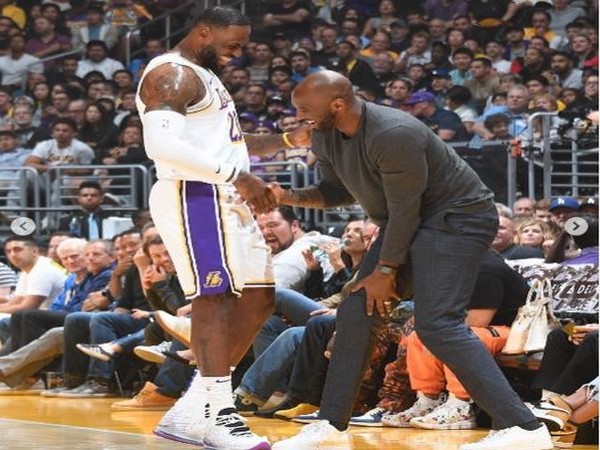 James wrote a long post on Instagram and started the caption as “I’m not ready but here I go”.

“Man I sitting here trying to write something for this post but every time I try I begin crying again just thinking about you, niece Gigi and the friendship/bond/brotherhood we had! I literally just heard your voice Sunday morning before I left Philly to head back to LA,” James wrote.

“Didn’t think for one bit in a million years that would be the last conversation we’d have. WTF!! I’m heartbroken and devastated my brother!! Man, I love you, big bro. My heart goes to Vanessa and the kids. I promise you I’ll continue your legacy man! You mean so much to us all here especially #LakerNation and it’s my responsibility to put this shit on my back and keep it going,” he added. 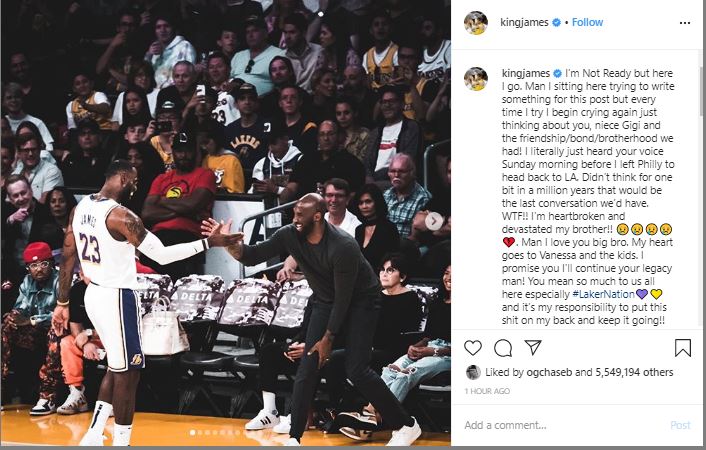 Bryant, 41, and his 13-year old daughter Gianna Maria Onore Bryant were among the nine people killed when a helicopter they were traveling in crashed amid foggy conditions and burst into flames in the hills above Calabasas, local media reported on Monday.