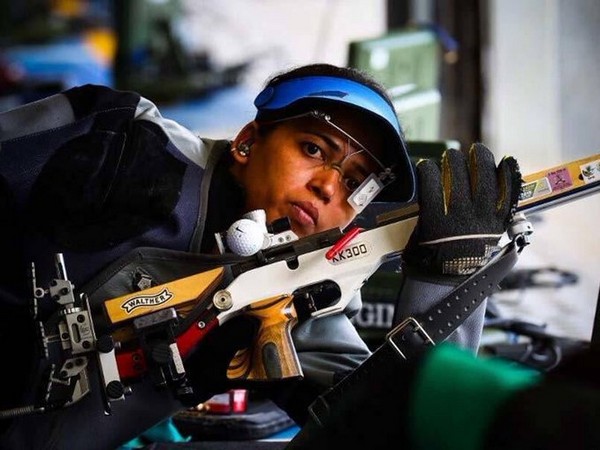 She earned a ticket to her first Olympic games after coming fourth in the women’s 50m Rifle 3 Positions (3P) final on day five of the ongoing 14th Asian Shooting Championship in Qatar.

She did miss out on an individual medal eventually but en route to the final the seasoned rifle shooter from Kolhapur had already secured India’s 12th Olympic quota by virtue of qualifying for the final.

The three quota places were up for grabs in the event and six of eight finalists were not eligible to win them.

The day, however, belonged to the valiant Sawant currently ranked 95th in women’s 3P, who lifted her game when it mattered most. She shot a tactically fast-paced 1171 in the grueling 120-shot qualification round across the three positions of Kneeling, Prone, and Standing, to deliver a virtuoso performance.

The score was way above her previous best score in qualification in this new longer format introduced only in this current Olympic cycle, helping her finish fifth to ease into the eight-woman final.

She ended the final with a score of 435.8, missing out on a medal as Shi Mengyao of China won gold with 457.9. Mongolian Yesugen Oyunbat won silver while Shiori Hirata of Japan won bronze and the second available quota place as well. The third quota went to Thailand whose shooter placed ninth.

Sawant was not denied a medal on the day though, combining with her younger but higher-ranked compatriots to lead the way to a team bronze in women’s 3P. Kajal Saini who finished a creditable 13th with a score of 1167 and N. Gaayathri who also ended a fine 16th with 1165, were the other two making up the trio.

India also continued its pursuit of an Olympic quota in Shotgun with the Men’s Skeet team well in contention after day one of qualification on Saturday. Joint world record holder Angad Bajwa missed one bird out of 75 while Olympian Mairaj Ahmed Khan missed two and Smit Singh missed three, to be well in contention.

The Skeet finals will follow two more rounds of 25 targets each in qualification on Sunday, day six of competitions. Darshna Rathore was the best Indian in women’s skeet her score of 69 placing her 12th while Ganemat Shekhon shot 66 to lie 17th and Saniya Sheikh 65, to be in 18th position.

Other Indian medal winners on day five were as follows: