Chiliz offers blockchain-based fan engagement solutions for the sports & entertainment industry through their fan voting & rewards app Socios.com, which aims to create a closer connection between fans, their favourite teams, and their favourite athletes.

Socios.com has partnered with major soccer clubs including FC Barcelona, Juventus, Paris Saint-Germain, Atlético de Madrid, Galatasaray, AS Roma, CA Independiente and esports giants OG to produce club-branded digital assets known as Fan Tokens. Using Chiliz $CHZ, the cryptocurrency that powers Socios.com, Fan Tokens can be bought and sold via the app’s Marketplace or via the world’s first cryptocurrency exchange for sports & entertainment, Chiliz.net. Fan Tokens give the owner the right to vote in club-designated polls and earn once-in-a-lifetime experiences.

In the short term, the partnership will enable UFC to tap into a captive audience of enthusiastic sports fans from around the world, creating countless opportunities to grow their brand through promotional activity on the Socios.com platform.

The partnership will also enable UFC to capitalise on Chiliz fintech expertise in the sports space, creating further opportunities to grow the UFC brand and increase fan engagement through innovative blockchain, tech, and mobile app solutions.

All Fan Token holders, as well as those who own $CHZ, will be able to access UFC-related offers and rewards, including tickets to UFC events or pre-sale access to tickets through this partnership.

UFC has made MMA into one of the fastest-growing sports in the world and counts in excess of 318 million fans across the globe. Their roster consists of the highest-level MMA athletes including Conor McGregor, Nate Diaz, Khabib Nuramagomedov, Holly Holm & Amanda Nunes.

Alexandre Dreyfus, CEO & Founder of Chiliz & Socios.com, said: “By partnering with Chiliz, UFC now has access to a captive audience of fans from some of the biggest sporting organizations on the planet, creating an unprecedented opportunity to attract new followers.

“This exciting partnership is the first major example of how we can use blockchain technology to create incredible engagement opportunities not only for our Fan Token partners but for other leading enterprises, too.

“It’s also a major step forward in our evolution from pioneers in blockchain-based fan engagement to leading the march as a fintech company in the sports space.”

Nicholas Smith, UFC Vice President Global Partnerships, added: “Chiliz and Socios.com are industry leaders in blockchain-based fan engagement and our two companies share a common philosophy to always ‘be first,’ so we are thrilled to begin this new partnership. UFC continually strives to enhance the fan experience and we are looking forward to working with the team on innovative and unique ways to achieve this goal.”

Chiliz provides sports & entertainment organizations with blockchain-based tools to help them engage and monetize their global fan bases. All of these projects are fueled by the Chiliz token ($CHZ), a digital currency that is currently available on leading crypto exchanges around the world. For more information, please visit https://www.chiliz.com.

UFC is the world’s premier mixed martial arts organization (MMA), with more than 318 million fans and 80 million social media followers. The organization produces more than 40 live events annually in some of the most prestigious arenas around the world while broadcasting to nearly one billion TV households across more than 170 countries.

The Role of Physiotherapists in this Lockdown

Top 8 Ways to Stick to Your Fitness Plan 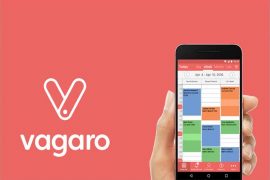 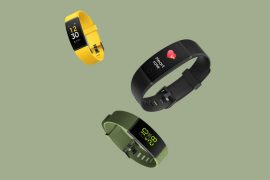 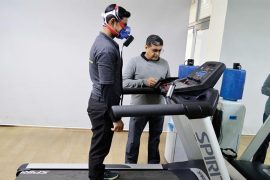