Finally the desire of Troy Tulowitzki  to play for the New York Yankees has come true. 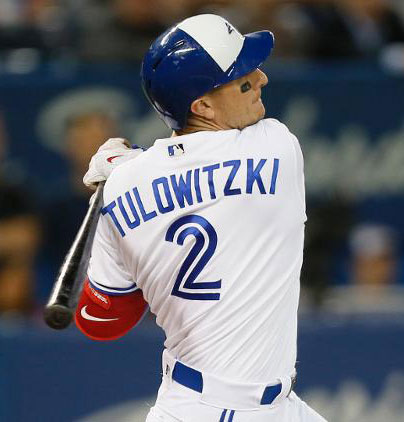 According to ESPN’s Jeff Passan, Troy Tulowitzki and Yankees have agreed on a deal that will pay the ace shortstop, the league minimum deal. The deal is pending a physical.

The 34-year old Tulowitzki who missed all action across the 2018 season was released by the Toronto Blue Jays last month in December.They will pay the majority of his $20 million contract while Yankees responsible only for the league-minimum $555,000.

It should be noted, The Yankees already have Didi Gregorious as their long-term shortstop however he is recovering from Tommy John Surgery and may not be able to return to the field until some point late in the season. Tulowitzki is a good option to fill the gap in his absence.

Passan says that the signing of Tulowitzki would not preclude the Yankees from signing Manny Machado. This brings everything full circle for Tulo and GM Brian Cashman. You may recall those nine years ago, Cashman said he preferred Tulowitzki to Derek Jeter. Tulo idolized Jeter, wore No. 2 because of Jeter, and always wanted to play for the Yankees. Tulowitzki missed the entire 2018 season after undergoing surgery on his heels. He batted .249 with a .678 OPS in 66 games in 2017.

No Individual can survive without Fitness: Gagan Sachdev