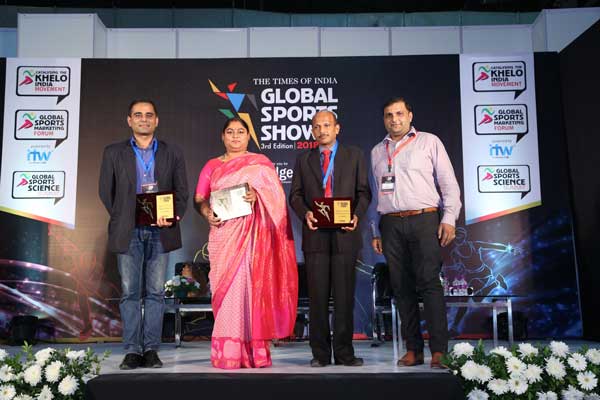 The Times of India group, a forerunner of change and a torchbearer of economic progress commenced the third edition of The Times of India Global Sports Show (GSS) 2018 today at NESCO, Mumbai. The show began with a powerful address by Neeraj Bajaj, Arjuna Awardee and Promoter – Bajaj Group.

The day focused on harnessing potential talent, mechanics for success to empower The Khelo India Movement, building sports champions with the Make in India movement, Innovation at Inception, unlocking the potential of Indian Athletes and creating a roadmap for sporting success.

Moving on to a panel discussion on the Khelo India Movement: Mechanics for success: Mr.Mohit Burman, Board of Director, Dabur said, “Barring cricket, there are hardly any sports that inspire the youth of India. Starting sports leagues will not solve the problem of infrastructure and increased participation in the sports industry. We need to go beyond leagues and provide a motivational factor to the youth of the nation.”

Mr.Jayen Mehta, Senior General manager, Planning & Marketing, Amul, among other prominent speakers and advisors said, “Along with the need to recognize the sports league, the sheer focus is also on the nutritional diet. Amul being the number one manufacturer of milk products, we look forward to make the necessary nutrition accessible to the public.”

Commenting on the young athletes and the present scenario Abhinav Bindra, Former Indian Olympic Shooter said “Young athletes nowadays are much more aspirational and have more exposure to the sports sector. They have the right guidance to help them fulfill their dreams. During my time, I was not a natural athlete, I was a reluctant sportsperson. The ability to adapt to the surrounding environment and let my body takeover, while striking the right balance between sports and educational life is what paved the way to my dreams. The approach and the values is what made me who I am today.”

Deepak Sawant, Health Minister, Government of Maharashtra commented on the event, saying, “With the growing sports scenario and various industries joining hands, there is a balance in the economy of the nation. I am glad to be a part of The Times of India Global Sports Shown since it is a wonderful concept to encourage and promote sports.”

Sharing his thoughts on the current sports ecosystem Mr.Jatin Paranjape, National Selector – BCCI, Former Indian Cricketer, Founder – Khelo More, said,” The youth of the country is the biggest asset and it is truly a proud moment to see the nations flag fly high every time in joy. As enablers, each one of us must work towards developing a professional sports ecosystem and make adequate resources available for the sports person.”

Italian Olympic Shooter and 3 time Olympic Gold Medalist, Mr.Niccolo Campriani said, “For every sports person out there, I would recommend to have a balanced life. As they say “The more you train, the better you become”. However, the goal here isn’t to become better, it is to know your weakness, accept it and work towards achieving a better control over it.”

Commenting on the CSR perspective, and the corporate connect with sport, Olympic medalist Karnam Malleswari said, “The Times of India Global Sports Show is very good for updating your knowledge, sharing your experiences and building your network. This is a great platform for sharing your views on sports science, development, method training and gives a chance for corporates to imitate CSR funding and empower youth to build their career in the respective sports field.”

Setting the tone for the day Deepak Lamba, President –Times Strategic Solutions said, “With an aim to build a sustainable ecosystem, future ready talent and enhance the potential growth of the nation , we believe this show will extend support to the right sectors to revitalize and reinvent the culture of sports.”

Sanjay Jindal opines that India can take pride in developing one of the most successful Sports League in the World, namely the IPL for Cricket. Other sports are following suit and we have emerging Boxing, Wrestling, Kabaddi, Badminton, Soccer, leagues, vying for their position. What, India lacks in my opinion and observation in the success of Sports Leagues is the fundamental interest in Sports. There needs to be a Cultural Shift towards Sports and it should be encouraged from early childhood. The more the common man is interested in Sports, the more Sports Men and Women will flourish and the greater will be the interest in Sports and hence Sports Leagues. If, we could make Sports as natural as Sleeping, Eating and Drinking, we could be a Healthier and more Sporting Nation. This would surely promote successful Sports Leagues. Solutions are a function of implementing Positive Mind Set to Positive Actions. 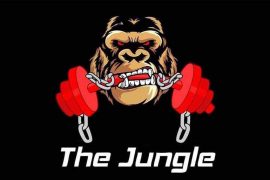