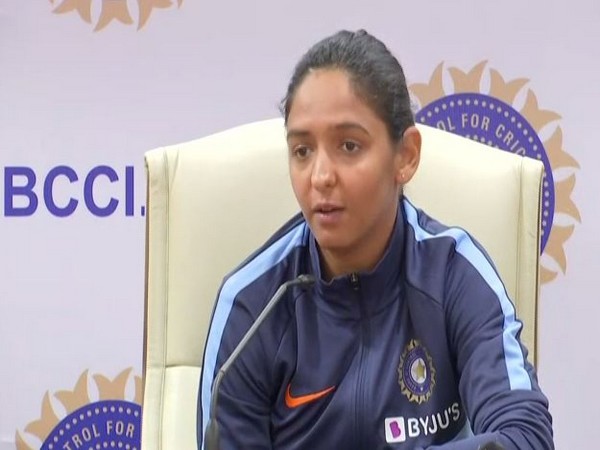 Dubai [UAE], Feb 7 : India women’s skipper Harmanpreet Kaur believes that the upcoming T20 World Cup can revolutionise the women’s game even further and that the competition will be a closely contested affair.

The T20 World Cup will commence from February 21 as India and Australia will lock horns in the opening match of the tournament. The finals will be played on March 8 (International Women’s Day).

“Teams are looking much more confident and trying to get bigger scores on the board. It’s that change in mindset that means performances are getting better across the board and the ICC Women’s T20 World Cup 2020 has the potential to revolutionise the game even further,” ICC quoted Harmanpreet Kaur as saying.

The skipper also believes that the Indian side has seen quite a few changes in their T20 setup. Harmanpreet also highlighted the strength of the side, which will hold them in good stead in the upcoming competition.

“If I look back two years, India’s 50-over side was doing well and our T20 was struggling. But in the past two years, we have transformed as a T20 team and are very positive going to Australia,” Harmanpreet said.

“All the teams have strengths – but so do we. Our strength is spin. Our bowlers are always looking for the wicket-taking delivery and when we have our backs to the wall, they produce for us,” she added.

India is currently playing a tri-series with England and Australia in Australia and Harmanpreet believes that good exposure in the conditions in Down Under will give the team a chance to get acclimatised.

“We went out to Australia earlier than a lot of teams and are in the midst of a tri-series with England and Australia, which will be a perfect platform for us. We will be familiar with the conditions over there and that will give us an extra boost to perform well,” Harmanpreet said.

In the ongoing tri-series, India has lost two matches and won just one. Earlier today, the side had to face a four-wicket loss against England at the Junction Oval in Melbourne.