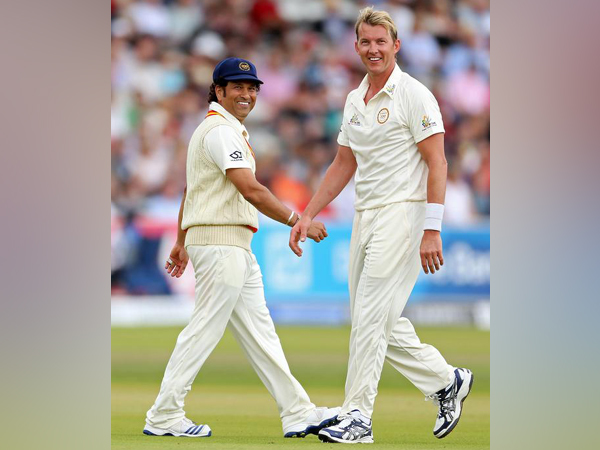 Sydney [Australia], Feb 7 : “I received a message from Brett Lee,” said former India cricketer Sachin Tendulkar on Friday when asked as to who recruited him to take part in the Bushfire relief fundraiser match.

Tendulkar will be coaching the Ponting XI in the upcoming Bushfire Bash on Sunday, February 9 at the Junction Oval.

“I received a message from Brett Lee. Brett said that Kevin (Roberts, Cricket Australia’s chief executive) would like to be in touch with you. It was a no-brainer. From the moment I was asked, I said, ‘yes I’m more than happy to come here,” cricket.com.au quoted Tendulkar as saying.

Bushfire Bash was originally slated to be played at Sydney on Saturday but weather forecast prompted Cricket Australia to reschedule the game to ensure the best possible pitch and outfield conditions for the final of Big Bash League.

The match will be played to raise funds and all match profits will go to the Australian Red Cross Disaster Relief and Recovery Fund.

“This is an alarming situation, it’s catastrophic – that’s an understatement. You see the number of lives it has affected, not only humans but also wildlife which sometimes people don’t talk about. That is equally important. I’m so happy I’m here in whatever way to support the cause, to raise money,” Tendulkar said.

The Bushfire Bash exhibition match will be a 10-overs-per-side contest, with a five-over Powerplay, no bowling restrictions, and batters unable to get out from the first ball they face.

Bowlers will not have over limits, fielders can sub on and off as it suits, while captains will have the ability to sub batters in and out during an innings.