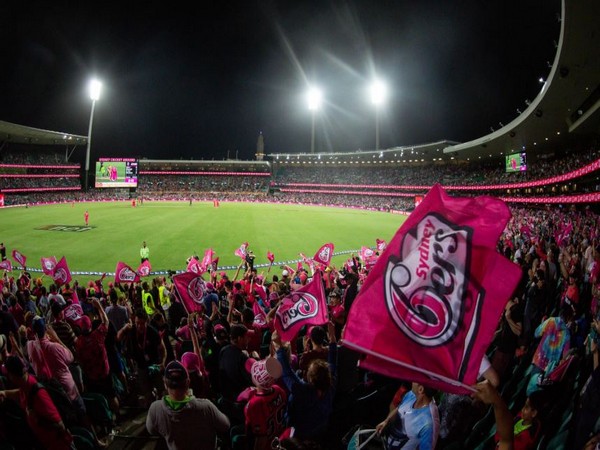 Melbourne [Australia], Feb 4 : Sydney Sixers will take home the Big Bash League (BBL) Season 9 title if the final of the tournament is washed out as they are the host of the decider.

The country’s weather agency, Bureau of Meteorology, is forecasting a 90 percent chance of any rain to fall over the Sydney Cricket Ground, and if it happens the hosts will bag the trophy, Cricket.com.au reported.

Melbourne Stars and Sydney Thunder will compete against each other on February 6 to book their spot in the final of the tournament where they will face Sydney Sixers on February 8.

There is also a possibility of the match being reduced to a five-over per side game. Sydney Sixers’ pacer Josh Hazelwood termed the five-over match as a lottery while adding that they either want the match completely washed out or a full game.

“If you’ve got five overs, a batter hits a couple of balls out of the ground it’s game over just about or one bowler bowls a good over it’s the same result. It is a bit of a lottery but that’s what it comes down to sometimes,” Hazlewood said.

“The one thing we’re worried about is getting one of those five, six, seven-over games. We either probably want it completely washed out or get the full game in. I think second place would be more worried than us,” he added.

Planet Fitness Appoints Enshalla Anderson to Board of Directors

Neymar to miss Nantes clash due to injury