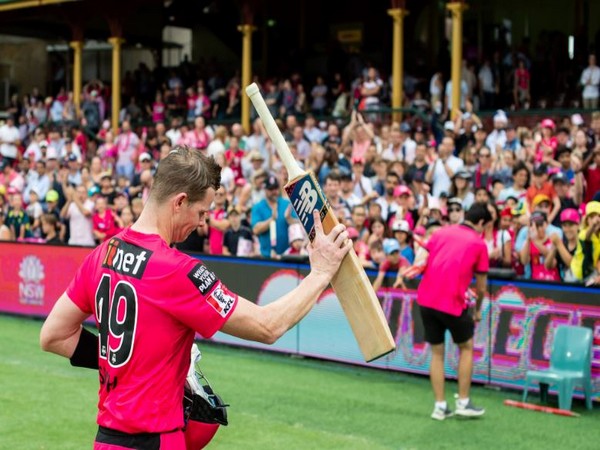 Melbourne [Australia], Feb 6 : Sydney Sixers’ Steve Smith has picked Melbourne Stars as the favourites ahead of the latter’s clash against Sydney Thunder in the ongoing Big Bash League (BBL).

Melbourne Stars and Sydney Thunder are scheduled to compete against each other today and the winner of the match will take on Sydney Sixers in the final of the tournament.

“The Thunder look like they have gained a bit of momentum the last few games the way they’ve played,” Smith told reporters today in Sydney. The two guys up top for them, (Alex) Hales batted beautifully the other day and ‘Uzzy’ (Usman Khawaja) has started to look really good,” Cricket.com.au quoted Smith as saying.

“So, if those two up the top go off again then it gives the Thunder a good chance. But on the other hand, the Stars have been really consistent all year. They probably haven’t played their best cricket in the last four or five games, but they’ve got some match-winners in their side and finished on top. So probably got to say they are favourites,” he added.

The BBL final will be Smith’s fourth game back in the BBL after six years out due to national duties and suspension. Smith said it is good to be back and is really excited about the decider.

“The games I’ve been a part of, we’ve had some good crowds and plenty of people out supporting us. I haven’t seen too much different from when I played six years ago. It’s been good to be back and really excited to hopefully see a big crowd out here on Saturday,” Smith said.

The final of the tournament will be played on February 8 at Sydney Cricket Ground.