SPARBAR, a pioneer in SPARBAR boxing, including Mixed Martial Arts and fitness equipment made the announcement that it has inducted Richie Cranny into their globally renowned Committee of Board Advisors.

Richie Cranny has been a full-time Mixed Martial Arts (MMA) coach that had begun during the mid-nineties period. He had been involved in the creation of Wimp 2 Warriors, a global MMA training program. Besides, being the President of the International Mixed Martial Arts Federation of Australian that is a part of IMMAF, he has also held other positions such as Chairman of the MMA World Coaching Commission and as MMA Editor for Men’s Fitness Magazine in Australia. IMMAF is the world governing body of MMA.

SPARBAR’s Founder, Jasvinder Jazz Gill mentioned that SPARBAR is proud to make the announcement of Cranny as the Athletic Advisor. He further stated that he was happy to welcome Cranny into his new journey of promoting MMA as a sport. He further added that Cranny had been involved in Mixed Martial Arts at all levels in the last three decades and that he was the right person to be involved in the developmental process of any new SPARBAR equipment for MMA.

About 30-40% of women are involved with the Wimp 2 Warrior program which has its presence in 3 continents. Cranny mentioned that this 20-week fight camp has also had individuals who are in their 50s and 60s, while the average age has been 35 and that the Company is proud of the fact that this sport has been for everybody.

Cranny has been promoting talents who begin to compete starting from 12 years of age and is actively involved with the youngsters at the federation.  He stated that he was of the opinion that all kids must learn martial arts or any other combat sports. He further added that in Martial Arts, one would have to lose many times in order to develop, which would help in taking away the fear of losing, while getting to see all of these as a learning process. SPARBAR is seeking to extend its Kids & Youth Academy program as well as funding in Australia with Cranny.

What Is BMI And How to Manage Weight And Control Obesity 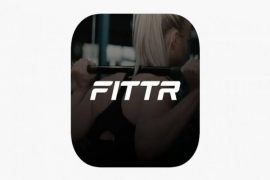 Fittr Raised $11.5 million capital From Dream Capital and others 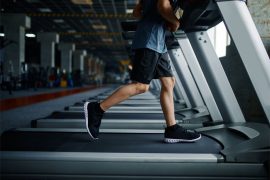