Just two weeks after SoulCycle announced an offer of free classes to the first 100 Peloton bike owners willing to trade in their bikes, SoulCycle has announced it will close about 20 of its 82 studios and lay off about 75 of its 1,350 employees, according to a report in the New York Post. In the meantime, Peloton is doing another round of layoffs along with other steps aimed at better positioning the company post the COVID-19 pandemic, according to Peloton.

The closures will result in about 75 people being laid off, according to the New York Post, which stated that the announcement came in a call with employees over Zoom on Aug. 12.

Peloton announced several steps, several of which will necessitate the departure of about 780 employees. This is the second layoffs this year for Peloton. In February, Peloton laid off about 2,800 employees.

Peloton is implementing a more strategic pricing plan after lowering prices in April on its equipment to make its products more accessible to more people. Now, it is raising the price of its Bike+ by $500 and its Tread by $800. The price of the Bike and new Peloton Guide, which is an AI-assisted strength trainer, will remain unchanged.

The April price decreases occurred in the early days of Peloton’s $800 million restructuring plan when the company was under cash flow pressure and in the process of securing a $750 million bank loan, Peloton CEO Barry McCarthy wrote in a memo to employees published in full on Bloomberg’s website.

The pricing increases were “inspired by the progress we’ve made on our transformation journey,” according to the company’s announcement.

Peloton also will eliminate its North American Field Ops warehouses, shifting its final mile delivery to third-party logistics partnerships, which will reduce per-product delivery costs by up to 50 percent, according to the memo. This step will involve layoffs.

Due to lower than forecasted support volume, Peloton will lay off a “significant number of roles” at its North America Member Support team, instead using a third-party company to handle those services. Moving to a third party will allow Peloton to scale staffing up or down based on demand.

Peloton released a statement to Club Industry that said, in part: “Any decision we make that impacts team members is not taken lightly, but these moves enable Peloton to become more efficient, cost effective, and agile as we continue to define and lead the global Connected Fitness category.”

In one other move, Peloton will reduce the number of its North America retail outlets, although by how many was not announced. McCarthy’s memo stated the reductions would be “significant and aggressive.” Despite not specifically being stated, these closures will likely result in layoffs as well.

“Success is about making the right investments to drive growth while managing to a cost structure the business can afford,” he wrote.

In one final step, Peloton will ask office-based employees to return to their office three days per week starting on Sept. 6.

These steps are just the latest that Peloton has taken to increase its profitability. In mid-July, Peloton announced it was exiting all owned-manufacturing operations, suspending operations at its Tonic Fitness Technology Inc. facility through the remainder of 2022. Instead, it will use Taiwanese manufacturer Rexon as the primary manufacturer of the hardware for Peloton’s Bike and Tread product lines.

At that time, it said it does not anticipate a rebound in fourth quarter 2022, noting it forecasts revenue of $675 million to $700 million.

Peloton will announce its fourth quarter financials on Aug. 25.

SoulCycle is a private company owned by Equinox Holdings, and it does not release its financials.

These two brands aren’t the only to announce layoffs. On July 26, F45 Training shared that it would lay off 110 employees, about 45 percent of its corporate staff.

In mid-July, Tonal announced it would lay off 35 percent of its 750 employees.

Also in July, at-home rowing machine company Hydrow shared that it was laying off 35 percent of its 200 staff members, according to the Business Journals. The move, which was undertaken to cut operating costs as demand for at-home fitness slowed, came just a few months after Hydrow announced $55 million in Series D funding. 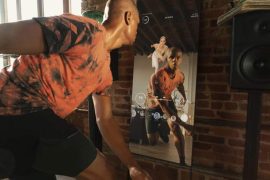 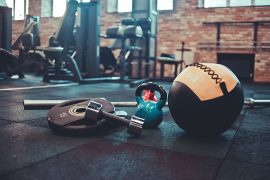 Best Medicine Balls That You Should Consider Buying 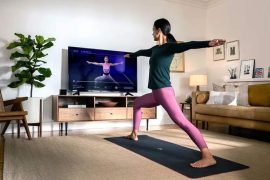 UnitedHealthcare And Peloton Collaborates To Help People To Stay Active