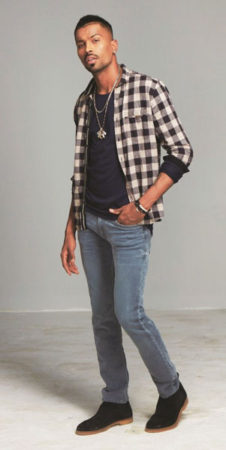 At the time when young generation is redefining their taste and way of dressing exotically, Sin Denim a quintessential brand of Jeans and Casual Wears has called Indian sensational Cricketer Hardik Pandya on-Board to spearhead its ad campaign “game changer”.

The campaign brings out the new, eccentric and confident youth which are set to change the game and make a variance in the society. Hardik Pandya, being a Flamboyant entity of Indian national cricket team who is full of energy suits perfectly with  the specification of the TVC.

Mrs. Vijayalaxmi, the Director of Sin Denim’s parent company Clothing Culture LTD Said, “The season is going be a #GameChanger for us as we move ahead with the gen next. The youth are the most important section of a society, as they are the future. Only they can make a difference and emerge as the #GameChangers. With this campaign, we are creating the vision and validation of Sin denim as a brand that appeals to the new generation. On behalf of Sin Denim, we welcome Hardik Pandya as the face to our brand. As an upcoming youth icon, his commitment and drive are akin to the ideals of our brand. We are excited and looking forward to this association.”

Now, when the TVC completed, several Indian top ranking channels like MTV, India TV, VH1, 9XM will be featuring these commercial advertisements.  The ad campaign will also be featured in more than 1000 theatre screens across pan India in multiplexes such as PVR and Inox apart from hoardings and newspapers.

The brand Sin Denim deals in fashion denim, casual shirts, sweatshirts, cotton trousers, and jackets. In addition to 1300 multi-brands outlets, Sin Denim is also available in premium chains like Central, Reliance Trends, Unlimited, Brand Factory, Lulu, amongst the others. At present, the brand is aggressively pursuing expansion of its own exclusive stores. 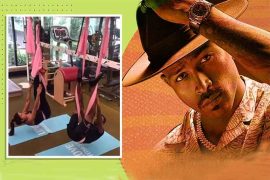