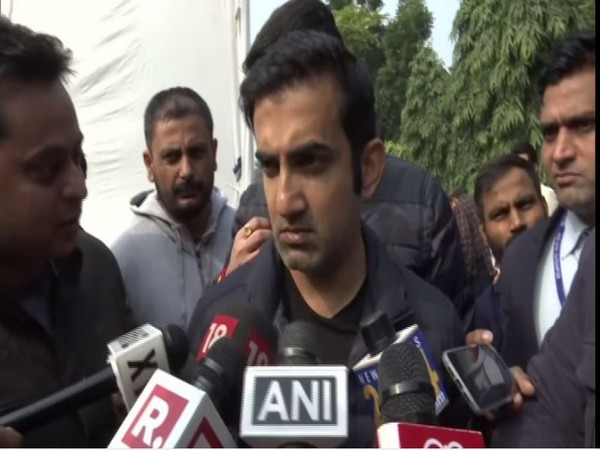 New Delhi [India], Dec 27 : Commenting on the row related to former Pakistan cricketer Danish Kaneria, BJP lawmaker Gautam Gambhir said this is the real face of Pakistan and it is a shame that a player who has represented the country in so many matches had to go through this.

Gambhir’s comment comes after former Pakistan player Shoaib Akhtar made a revelation regarding the treatment faced by Kaneria in the Pakistan dressing room.

“This is the actual face of Pakistan. We had Mohammad Azharuddin as captain of our side and he captained us in 80-90 Test matches. This shows the reality of Pakistan, they have a sportsman (Imran Khan) as their Prime Minister, still, people in their country have to go through this. Kaneria played 60 matches for Pakistan, and it is shameful,” former cricketer Gambhir told reporters.

Following the revelation made by Akhtar, Kaneria soon released a statement, urging the Pakistan Prime Minister to help him in the current scenario.

“My life is not in good shape and I approached many individuals in Pakistan and around the world to resolve my issues. Yet, I have not received any help. Issues of many cricketers of Pakistan have been resolved though. I gave everything possible for Pakistan as a cricketer and I am very proud of it. And in the hour of need, I am positive that the people of Pakistan will help,” Kaneria had said.

“I need support from all legendary players of Pakistan including Prime Minister Imran Khan, cricket administrators of Pakistan and other countries to get me out the mess. Please come forward and help me out,” Kaneria’s statement read.

Hindu players in Pak team tend to be attracted towards India: Madan Lal