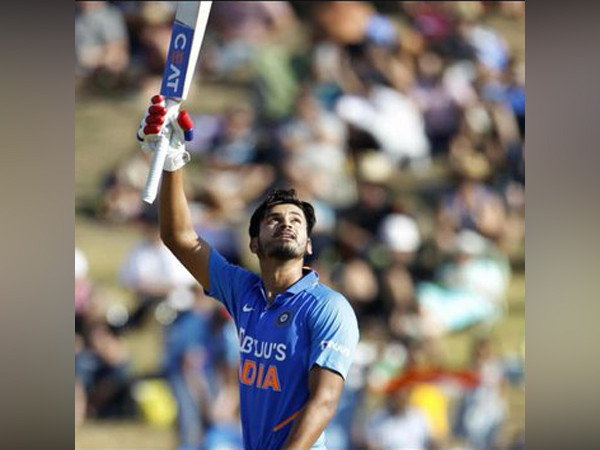 New Delhi [India], Feb 6 : A day after registering his maiden ODI century, India middle-order batsman Shreyas Iyer on Thursday said that he always dreamt about scoring a ton for his country and the moment is truly special for him.

Coming into the first ODI against New Zealand, Iyer had scored six half-centuries in the format.

“Not the way we wanted the match to go, but scoring a century for my country was a special moment. One that I’ve been dreaming about since I first held a bat. Thank you to the management for the opportunity and their continued faith in me. Onwards and upwards now #TeamIndia,” Iyer tweeted. 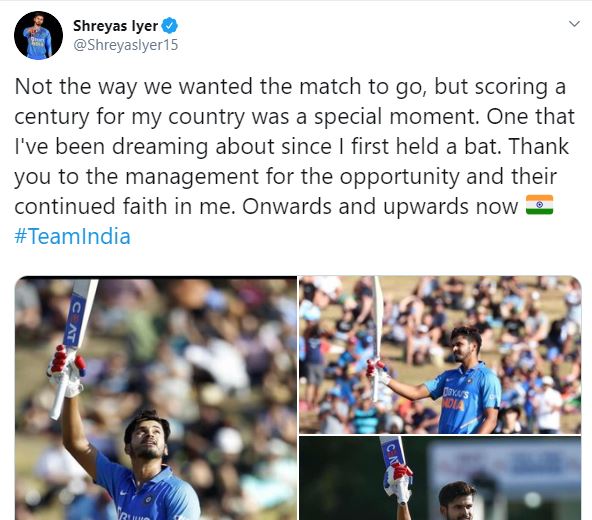 The 25-year-old played a knock of 103 runs to enable India to post a score of 347/4 in the allotted fifty overs. He found support in wicket-keeper batsman KL Rahul and the duo put on 136 runs for the fourth wicket.

However, the Men in Blue had to face disappointment as the Kiwis chased down the total with 11 balls to spare.

India and New Zealand will next take on each other in the second ODI on Saturday, February 8.

Considered walking away from the game, says Alyssa Healy