The year 2020 has been one that has turned the tables upside down, with the pandemic playing havoc in part, including many other issues leading to the year becoming unique in its own way. It looks that this year will be seen as all the more significant and sensible to conduct a Body Building Show such as the one that is expected to come up in Tampa, Florida. It has been called as the “New York Pro.” The restrictions placed in the cities of New York and New Jersey have made the IFBB Pro League and promoters jointly decide to conduct the show at the Sunshine State. The competitors are now having another opportunity to showcase their physiques which could help them qualify for the Olympia Weekend hopefully by the month of December.

The show had taken place, in spite of these times of uncertainty and the winners had also been crowned. Open Body Building had been the main event. The various fans, judges as well as media who attended the show had received some positive energy, with the lineup being present over there, which showed how close each and everyone had been. In spite of prejudging the show, no clear favourite had emerged or even top two being established. About six to eight men at the top who were in the lineup had been very good.

The winner of the finals had been the Canadian star Iain Valliere. He had been frantically trying for his first pro win and the stars had also been in perfect alignment. Being the biggest man onstage, his conditioning had improved ever since his last appearance in the actual Tampa Pro Show. Now, he had not been facing any issues with his tanning.  The focus of Iain Valliere at this point of time will be on Olympia in the next few months.

Justin Rodriguez had put on a great show, although he had been easily outsized by Valliere. He has come out as the runner-up for the show. Jon Delarosa has been placed in the third position, although he has been striving to achieve his goal of winning the show.

The 212 lineup was considered to be a sneaky good group. The win was mainly considered to be between Bo Lewis and Jason Lowe. After the completion of the final poses, Lewis had won which had earned him the 212 Olympia qualification.

Fitness Gadgets May Warn About COVID-19 In Future 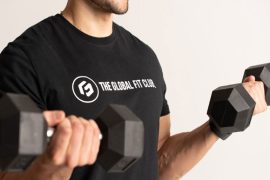 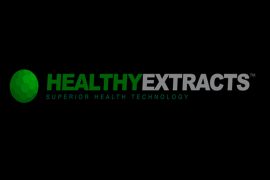 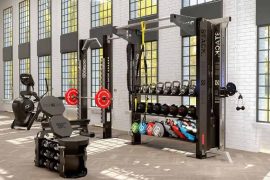 Escape Fitness Launches The STACK, the Next Evolution to the Octagon Frame