Ravi Bishnoi, the raw budding talent of IPL has been picked directly by Lucknow Team this IPL as draft pick along with Marcus stoinis and KL Rahul. Even before his grab in U-19 world Cup this 2020, the IPL team owners and selectors had been impressed by his wizardry and were quite elated seeing this young talent. The same ecstasy brought him to the newly constructed Lucknow Super Giants along with stalwarts like KL Rahul and Marcus Stoinis.

Ecstatic at the opportunity, while Bishnoi expressed his gratitude for the continuous support of his two coaches, Shahrukh Pathan and Pradyot Singh Rathore, he was quick to mention Lucknow captain KL Rahul being a factor in the interest shown in him by the new franchise from the north.

“It’s a proud moment for me, my coaches and family as I am one of those few players among the world’s best picked by the franchise before the mega auction. Aur mereko lagta hain Rahul bhai ne bola hoga mere liye (I have a feeling Rahul must have suggested my name to the Lucknow franchise management). Now my focus is on doing even better for my new IPL team and helping them win games,” said Bishnoi who has taken 24 wickets at an economy rate of 6.96 in 23 IPL matches so far. 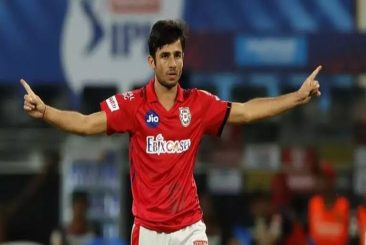 Having already played under Rahul during his time with Punjab, the leggie with a deceptive googly credits the backing he received there for boosting his confidence.

“I was given an opportunity to play in the very first season I was picked by the Punjab Kings (PBKS) in 2020. Throughout my two-year stint with them, I have received immense backing both from captain Rahul bhai and Anil Kumble sir (the director of cricket operations for PBKS). It was a big exposure for me as a youngster and it added to my confidence as a bowler,” acknowledged the youngster.

Talking about hard work, Bishnoi feels he has been lucky to have a strong support system around him.

“No matter what the situation, Shahrukh and Pradyot bhaiya have always stood by me. I can’t thank them enough for the way they ensured I did not miss out on my training when everything was shut during the two lockdowns because of Covid-19.

“There was hardly any movement allowed as Jodhpur was a red zone for a pretty long time. I took my essentials and camped at the Spartans Cricket Academy in Jodhpur, which is run by these two coaches. Not even for a single day I had to miss out on my practice. I feel I am very lucky. My effort to improve needed their support,” Ravi Bishnoi said.

Lucknow IPL Franchise will be Known as Lucknow Super Giants

WIFA Discovers the Hottest New Speakers and Writers in the Fitness Sector!