Lucknow IPL Franchise has announced their official name with which they will be known as. Lucknow IPL franchise will be named as Lucknow Super Giants as announced by team authorities on 24 Jan.

The official IPL team of Lucknow, owned by RPSG Group, decided to take public opinions from its fans and the name was shared by owner Sanjiv Goenka in a video message on Monday.

“Thank you so much for your overwhelming response to the ‘Naam banao naam kamao’ contest. Lakhs and lakhs of people responded, based on that we are very happy to choose the name for the Lucknow IPL team,” Goenka said in his message, while revealing the team name.

“And the name that we have chosen based on your recommendations is Lucknow Super Giants. Thank you so much for your response and love and continue to give us your blessings in the future as well.” 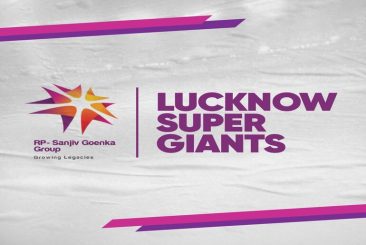 Last year, the franchise was purchased by the Sanjiv Goenka-owned of the RPSG group for an amount of Rs 7090 Crores. The other new team to enter the competition is from Ahmedabad who were bought by the Irelia Company Pte Ltd. (CVC Capital Partners) for Rs 5635 Crores.

Prior to that, KL Rahul was announced as skipper of the team. The team seems quite enthusiastic and with these two teams Lucknow IPL Franchise and Ahmedabad IPL franchise coming into the game, the IPL this year is gonna be fierce as 10 teams will be competing now onwards.

Gautam Gambhir, 2011 World Cup winning team member and experienced captain of KKR team in prior seasons is being roped in as team mentor for the team – Lucknow Super Giants.

Ravi Bishnoi picked Along with KL and Stoinis as Draft Pick